Today we are going to talk about the big one, the empire that dragged the continent of Essos into the modern age and set the stage for every good and bad thing that has happened to Westeros in the past thousand years: The Valyrian Freehold.

The story goes something like this.  About 5,000 years before the events of Game of Thrones the Ghiscari Empire dominated Essos and the Valyrians were simple shepherds living in the southern most peninsula in Essos.  One day, some unknown shepherd discovered dragon eggs in a volcano chain known as the Fourteen Fires.

Realizing what they had discovered the Valyrians waited for the dragons to hatch and bent them to their will.  The discovery of dragons was the equivalent of learning how to make an atom bomb while the rest of the world was still using swords and the Valyrians quickly built a small empire in the Valyrian Peninsula.

This attracted the attention of the Ghiscari who promptly invaded the Peninsula in an attempt to nip the problem in the bud.  Over the course of five brutal wars the Valyrians defeated the Ghiscari and eventually sacked and burned their capital city of Old Ghis. 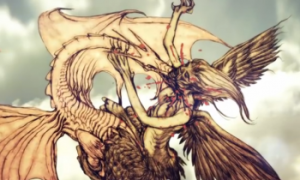 Now the most powerful force in all of Essos the Valyrians settled down to rule.  After sparing what was left of the Ghiscari (and reaping the benefits of having a group of experienced slave masters to make their lives comfortable) the Valyrians established an empire that would dominate Essos and become the glory of the world, reaching as far west as Dragonstone where the ancestors of Aegon Targaryen would come to rule. 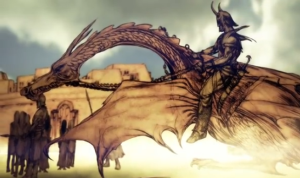 Even after the decline and fall of the Valyrian Empire people still talk about it as one of the greatest and most important chapters in the world’s history and many look back on it fondly as one of the most influential empires on earth.

The rise of the Valyrian Empire is similar to the rise of Ancient Rome of classical history.  Like the Valyrians the Romans began in a peninsula.

Also, the Italian peninsula is known for a long string of volcanoes, but sadly dragons have yet to be discovered in any of them.  Although the Romans didn’t have access to dragons they were incredibly disciplined and very good at winning battles with a new type of military formation: the legion.

The legion was made up of citizens and allies of Rome and proved to be so effective that by 290 B.C they had conquered most of central Italy.  However, this brought the attention of the ancient world’s equivalent of the Ghiscari: the Greeks.  By the time the Romans had begun their rise to power the Greeks had a well established presence in Italy, the Mediterranean, and the Black Sea. 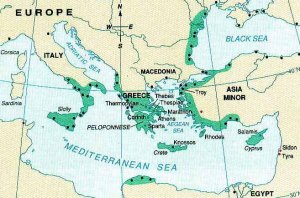 Rome’s expansion worried the Greek cities in Italy and the Western Mediterranean so in 280 B.C a Greek general named Phyrrus of Epirus landed in Italy with an army of 25,000 men and a group of elephants. 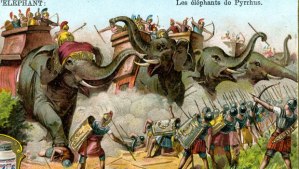 Despite winning almost every battle, Phyrrus suffered so badly that he once joked that with one more victory he would be lost.  And like the Ghiscari being driven back after attempting to invade the Valyrian Freehold, the Romans eventually beat back the Greeks.

There is another piece of this historical parallel that would come later in Roman history.  After the Romans had beaten back the Greeks they established themselves as the dominant power in Italy.  This would bring them into conflict with another great Mediterranean power: Carthage.

The Carthaginians and the Romans initially disagreed over who should control the island of Sicily and over the course of a century and two massive wars that many people have talked about in greater detail then I can here.  Long story short, Rome won and in 146 B.C they burned Carthage to the ground.

We’ll talk about Rome and Valyria’s impact on their respective worlds in another post but from what we’ve seen so far both Valyria and Rome were similar city states that would eventually rise to dominate the known world and establish empires that would last through the ages.