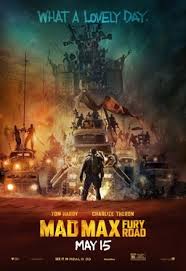 My review of it is simple: it’s so awesome that I can’t put it into words and you should go see it as soon as possible.  Yet despite the fact that the movie has rave reviews there are still some people who are upset over it.

Apparently there is a “men’s rights activist group” (in all honesty I had no idea such a thing existed until now) who is upset at the film and are calling it “Feminist Propaganda” disguised as an action film and is calling for a boycott.  Despite the fact that the person writing the article admitted to not seeing the movie (I’d also like to point out he thought the visuals from the trailer were “astounding”) he claims that he can tell because one of the female characters “gives Max a lot of orders” in the trailer and he finds this offensive.

Now, after having seen the movie I can tell you (spoiler free) that the character in the trailer, a woman named Imperator Furiosa played by the amazing Charlize Theron, does do a lot of running, shooting, fighting, and order giving in the film and I’m sure that when if this blogger decides to see the film he will have his moronic opinions validated.  However, I as a white, Christian, heterosexual, American male was not offended by this at all and rather enjoyed the film.  But all this talk about boycotting a film just because a woman gave a man orders got me thinking about how there aren’t just moral and ethical problems with issues like sexism in our culture (and before anyone asks me, YES SEXISM, RACISM, AND OTHER FORMS OF OPPRESSION BASED ON SEX, RELIGION, AND LIFESTYLE ARE REAL AND SYSTEMIC TO OUR CULTURE AND THE FACT THAT I FEEL THE NEED TO SPELL IT OUT IN ALL CAPS SHOULD SAY SOMETHING ABOUT HOW WE TREAT SUCH SERIOUS ISSUES) but there are practical problems as well.

By ranting about how movies like Mad Max should not be seen because they are hiding a disguised feminist agenda what people are really saying is that they don’t want anything that challenges their pre-conceived notions of what art should be and that films like Mad Max should stay within the narrow boundaries of films and art that came before it.  And it is by no means an issue that is limited to Mad Max, sexism, or really anything new at all.  Just as another example, five years ago people were upset when the first Thor movie came out because the director had cast Idris Elba to play Heimdall. 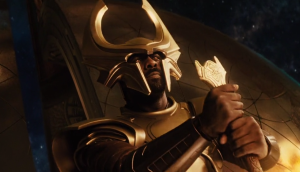 Bear in mind none of the complaints were about Stringer Bell playing a mythical gatekeeper who can hear a bug crawling on a leaf from space, the complaints were simply about the color of his skin.  A complaint that I would respond with “are you insane?  He was amazing in the film and he deserved the part.”.  I’m glad he was cast and I hope he continues to turn out more amazing work for Marvel.

So why am I bringing up these two unfortunate controversies?  Well, I firmly believe that things like racism and sexism are wrong, but I think most of us agree with that.  In fact, there are many, many, many blogs and articles out there that say the same thing.  But most of these articles approach the issue from a moral viewpoint, saying that we shouldn’t engage in this kind of behavior because it is morally wrong.  But there is a much simpler and more practical problem with these types of controversies as well: by denying parts to actors because of their race or by refusing to see a film because it might contain an alternative look at something so ingrained in our culture and minds we are denying art to grow and expand into new and different ideas.

It’s no small secret that Hollywood, one of the most dominant cultural force in America and a large portion of the world, is white and male…really white and male.  It is true that being white in America does come with certain economic and cultural advantages and those advantages  shape everything from views on history to how we process art (I would put a link up here but as a white male you can take my word that it’s true) and this is a problem that needs to change.  Would you not want to go see Mad Max because a woman gives a man orders?  The movie was really good and even managed to be heartfelt and thoughtful at moments amid an impressive amount of chaos and destruction.  Would you not want to see Idris Elba in Thor because he was black?  He was really, really good and a world where there is less Stringer Bell is poorer for it.

Art is supposed to broaden our horizons and give us a window into other cultures and points of view.  If we limit ourselves to certain types of art and deny other on the basis of things like sex and race we are only limiting ourselves.