WARNING: THERE ARE SPOILERS FROM THE MOST RECENT SEASON FINALE IN THIS ARTICLE.

So since we talked about the dragons and how they’re representations of man’s ability to find more efficient ways of killing his fellow man I thought today we would dedicate our second to last post of the season to the other extreme: the White Walkers.

The White Walkers are a primal force of nature and right now they represent the greatest threat to ever confront the human race, a threat that humanity is woefully under equipped to handle at the moment, especially with the death of Jon Snow. 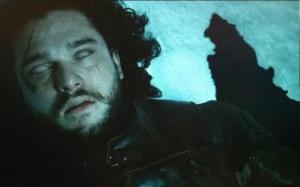 Deadly, extremely capable, and above all…patient the White Walkers are not only extremely capable warriors but able to raise an army of the dead which gives them a huge advantage.  While the humans grow weaker the Walkers can only grow stronger.

Winter is coming, and if nothing is done to halt the Walker’s advance winter will stay for a very long time.

In today’s day and age we are somewhat obsessed with the weather.  Whether you believe it or not there aren’t that many people out there who aren’t aware of global warming.  But despite the endless debates and inaction going on today we do know that climate change is a thing that has happened.  We know this because the Little Ice Age was a thing and it had a huge impact on world history…mostly for the worse.

The Little Ice Age was a period in history of intense global cooling, which is a thing.  Starting just before 1300 the Earth experienced a dramatic drop in temperatures (I should note here that a “dramatic drop” in environmental science is only a couple of degrees) resulting in longer winters and shorter growing seasons. 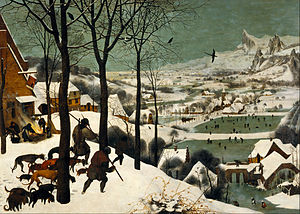 The human race had been experiencing a period of remarkable growth during the time period Europeans call the High Middle Ages and while there was still quite a bit of violence and death in Europe, things were starting to calm down which led to increased economic and cultural growth under the rule of the Catholic Church.

All of that would change with the Little Ice Age and the beginning of the 14th century.  Cooler temperatures led to shorter growing seasons and more frequent rain storms.  Shorter growing seasons meant less food to feed a large population and the results were devastating.  The world changed practically over night as humans devolved into violence and desperation, fighting over land and resources that could not support everyone.

But all that pales in comparison to what came after the famine and warfare: a horrifying pestilence known as the Black Death. 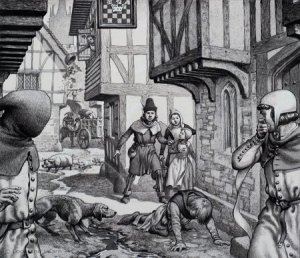 The Black Death was one of the most singular and deadly events to ever take place in human history.  We’ve all heard the stories about how the plague was brought to Europe from the East on trading ships and the combination of filthy streets and towns coupled with a lack of understanding of how disease worked allowed the plague to wipe out almost a third of Europe’s population.

To a population that feared dropping dead in a heartbeat and watching as friends and family died all around them it must have seemed like the end of the world.  This led to some very fatalistic world views and gave birth to an artistic genre known as the Danse Macabre, the idea that death walks with everyone from the lowliest peasant to the most powerful lord.  You can see examples of the artwork everywhere, normal people going about their lives always accompanied by an emaciated waling skeleton that looks for all the world like some of the White Walkers and zombies from Game of Thrones. 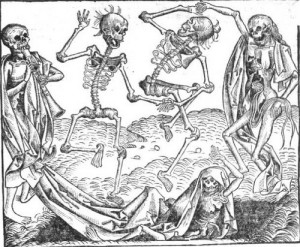 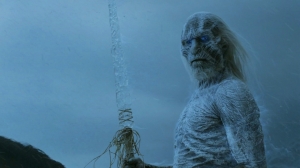 It was the cold that brought plague and death to Medieval Europe, a long winter that lasted for decades and destroyed most of Europe…just like what the White Walkers threaten to do to Westeros if nobody stops them.