So the fifth season of Game of Thrones has come to an end (yes I know it happened this Saturday bear with me) and this means we have reached the end of the blog series.  Oh, the series will still go on, there is still so much to talk about, it’s just that I want to save it for the next season and in the mean time I’d like to talk about something else.

I would like to close off this season of blog posts by talking about why I love the show so much.  I am a lover of history, I love reading about it, talking about it, and I was a History major in college.  One of my favorite books of all time is a epic work of historical nonfiction called “A Distant Mirror: The Calamitous 14th Century” by historian Barbara Tuchman.

The book is Tuchman’s account of the 14th century where she talks about everything from the 100 Years War, to the spread of the Black Plague, to peasant uprisings, and political intrigue.  Besides having a badass cover, that’s the white horseman of war leading an army of dead against the living, Tuchman’s book helps her portray the 14th Century as a dark parallel to early 20th century Europe suffering from the aftermath of the First World War (I should note that Tuchman’s most well known work is August 1914 where she talks about the prelude to WW1).  This book is really good and I highly recommend it.

The reason I bring this up is because history and fantasy, especially really good and well written history and fantasy, can help us understand the world we live in by drawing parallels to our society and filtering them through the fantastic and the epic.  I’ve spent the last couple of weeks showing the events, groups, and people that George R.R Martin has used as inspiration for his masterpiece but if we apply the same treatment to Game of Thrones that Tuchman applied to 14th century Europe a lot of interesting things start to appear.  For example:

One of the most powerful organizations in the Game of Thrones universe is the Iron Bank, able to change the fortunes of everyone from peasants to kings.  Does that seem so strange when our modern banks like Goldman Sachs and J.P Morgan have such a huge stake in our world today?  How many of us are tied to a bank because we wanted to buy a house or car or go to college?

It’s no secret that quite a few parts of our world are run by terrible people. 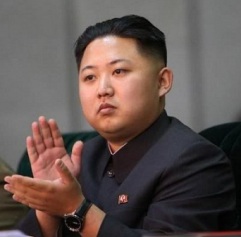 But when you consider the situations that led to their rise to power and the ability of these monsters to keep and hold on to their power their continued existence, while not very justifiable, can certainly be explained.

Speaking of leadership let’s talk about some of the “good” leaders.  While there are plenty of horrible people in power both in the show and in real life there are people in charge that are trying their best to do the right thing. 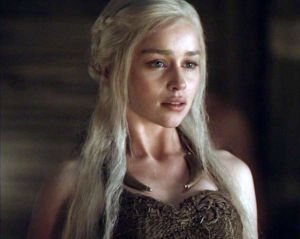 Sometimes it all works out and the good guys win but what a lot of leaders who start out with good intentions eventually learn is that it’s always a bit more complicated than it originally seemed and things can go wrong very quickly.

This is just a small sample of some of the parallels between the Game of Thrones universe and our own world.  We could go on for hours on subjects like money, torture, ethics, proper leadership, terrorism, environmentalism, and slavery but to do that would require a book’s worth of time and research.

Thank you for reading this blog and sticking with me for the fifth season of Game of Thrones.  We produce a comic strip about a family of supervillains (something completely different from this) for your enjoyment and I hope you’ll stick around in the future where we have plenty of fun and interesting topics lined up for you.

Valar Morghulis…see you next season.