Ah the 4th of July.  A time for Americans all over the world to stuff our faces with more food than even we’re used to, 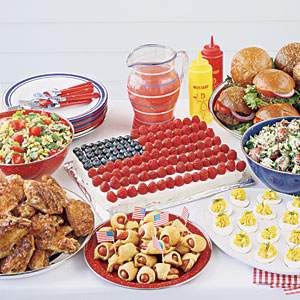 Terrify our pets and small children with big loud explosions in the sky,

and if we have time, remember our country’s foundation and the crowd of old white men that got together and hammer out the rules and laws Americans live by today.

One thing that has really struck me looking back at the history of America is our fascination with symbols and myth, especially with the classics.  Granted, this is nothing new.  Every part of the world has a part of their history that they fondly remember but I like to think America is a bit different and a bit more obsessed with it than the rest of the world.  After all, what other country has a massive statue of the Roman God Libertas, the classical personification of freedom from tyranny, and displays it so proudly? 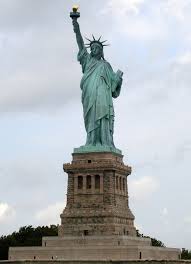 Author’s note: yes I am aware the statue was a gift from France.

It’s fair to say that Americans, especially out founding fathers, loved to build statues based off of classical ideals and abstract figures.  It’s also fair to say that this fascination has changed a bit.  Instead of building monuments to the ancient goddess of victory like the Dewey Monument in San Francisco

It’s no small secret that pop culture is in love with super heroes at the moment and a truly great hero can become immortal in our hearts and minds.  In my opinion the best heroes fall into two categories.  They are either the weird and crazy ones that you can help but admire.

Or the more serious ones succeed because they are representations of ideas that are much bigger than themselves or anyone one person.  Comic books are stuffed to the gills with the personifications of justice,

and our hope for peaceful existence and a desire to live a society that can accept us for who we are.

This all started, as almost every comic book trope started, with the big blue boy scout himself the physical manifestation of the American dream who tirelessly fought for the principals of “Truth, Justice, and the American way”.

There have been entire books and websites dedicated to the meaning and symbolism of Superman, the creation of two first generation Jewish Americans who wanted to build something that would symbolize the hopes and dreams of the wave of immigrants coming into America, but one thing is clear, the years have not been very kind to the original message.  Today Superman is written more as a Christ figure and writers tend to play more to his alien heritage than his original meaning and there is absolutely nothing wrong with that.

However, that means that there must be another hero to take his place, someone who can symbolize what America can stand for and if you read the title, or have even the most cursory knowledge of comics or comic book movies, you know who it is.

The symbolism of Cap is pretty obvious, so obvious that even a 4 year old can figure out his meaning.  To quote Bob Chipman, a Boston based internet movie critic who is a favorite of mine, “If you pointed out to him [Captain America] that he’s kind of corny, he’d respectfully ask that you not refer to a storied American produce like corn in the pejorative sense.” (this is taken from his review of the first Captain America movie) and that is completely true.  Captain America is everything now that Superman was fifty years ago.

But here’s the thing, it’s not just Cap’s uniform and shield that make him the personification of American ideals, it’s his actions as well.  Whenever America did something morally questionable or outright evil, Captain America was there to voice his displeasure.  One of the biggest instances of this was in 1974 when it was discovered that the President, looking suspiciously close to Richard Nixon, turned out to be a terrorist in disguise.  Captain America proceeded to abandon his costume and start fighting crime as the hero Nomad. 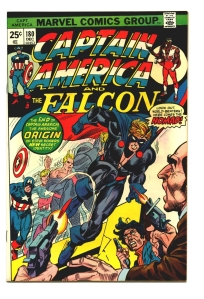 But one of the best, and my personal favorite, example was with the 2006 story line Civil War.

Now to many comic fans this may seem like a polarizing choice and I’ll admit that Civil War has produced some things that quite a few people don’t like.

But it’s the main storyline, where the superheroes are divided between those who see government registration as a safe and secure way to train and use their powers to help more people and those who view becoming glorified government employees as a threat to their personal liberties, that I really like.  While Iron Man, the ever practical business man and futurist, sides with and lead the pro registration side it is Captain America who goes against the will of his government and many of his friends to say “this is wrong and I need to fight it”.

Captain America is the unironic personification of all the good America the country has done and the model character for all the good and upright things America is capable of doing.  So this July 4th enjoy your food, enjoy the fireworks, and remember that myths and heroic representations of all the good things we can be is still around and still going strong.

Oh, and for all the non Americans who read this article, thank you for putting up with this one day where we’re louder and brasher than usual.