So I was puttering around on Facebook recently and I found this. 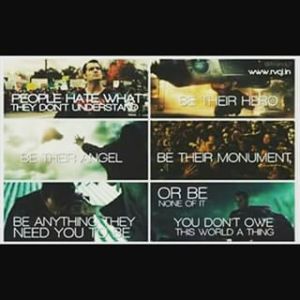 It’s a quote from the trailer of the upcoming Batman vs. Superman film (super excited for that) and it’s from Ma Kent basically telling Clark that he has the choice to be the hero that people want or he doesn’t have to be.  The choice is his since he doesn’t owe anyone anything.

But that’s not what caught my eye.  What got me really interested was that fact that the above image was posted side to side with this

Clearly the person who created this was upset with the idea that Superman would even consider abandoning humanity at time when it needed him.  After all, if anyone is gifted with such incredible power

do they not have an obligation to use that power for the benefit of the greater good?  After all, Spiderman is a hero who is nowhere near as powerful as Superman but he seems to have much stronger moral compass than the man who has all the power in the world.

But it got me thinking about superheroes and their motivations.  Despite the fact that both Superman and Spiderman are superheroes who bend over backwards to serve the public good and while their reasons for doing so may seem similar on a surface level on account of both of them losing most of their family. 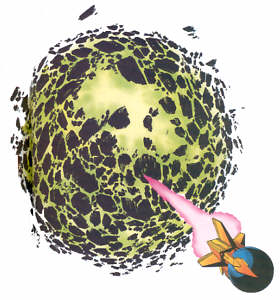 If you dig deeper into their motivations for doing what they do they are actually wildly different.

First up we’re going to talk about the big blue man, the one who started it all and the inspiration for every superhero since.

Despite his place as an icon in popular culture Superman has taken a lot of flak these past couple of decades for actually being too super.  It’s no small secret that a lot of people think Superman is over powered and boring.  I know this because I used to be one of them.  It’s easy to think this because when you have a man who can move a planet

generate enough energy to obliterate said planet with his eyes

fighting petty criminals in the not so mean streets of Metropolis seems downright laughable.  Yes I used to count myself among those who thought Superman was far too overpowered and too much of a goody two shoes for an interesting story.  But here’s the thing, I realized that what makes Superman truly great isn’t what he does with his powers, it’s what he doesn’t do.

Superman is basically God with a cape.

If he so chose Superman could simply say “screw it” and take over the affairs of Earth without a second thought and there have been plenty of alternate universe stories where he has done that with terrifying effects.  But here’s the thing, Superman doesn’t take over the Earth.  He allows humanity to exist and learn on it’s own even when using his powers would make things so much easier for himself and everyone else.

Yes Superman can do incredible things but he is not above helping someone in need, no matter how small he or she is.

Superman looks down on us, heck he looks down at almost everyone, but he never uses his powers for personal gain or ill but as an example for others to live by.  To quote Marlon Brando from the first Superman,

“Live as one of them, Kal-El, to discover where your strength and your power are needed. Always hold in your heart the pride of your special heritage. They can be a great people, Kal-El, they wish to be. They only lack the light to show the way. For this reason above all, their capacity for good, I have sent them you… my only son.”

Superman is heroic because he makes the conscious choice to use his powers for good.

On the other hand we have Spiderman.

Along with a smaller scope and a huge drop in power Spiderman does something that Superman rarely does: suffers from the consequences of his actions.

Now before you go to crucify me in the comments or message boards hear me out.  While Superman will always save Lois Lane from distress and prevent the Earth from being blown up, Spiderman is no stranger to failure.  He’s a poor teenager trying to live in New York 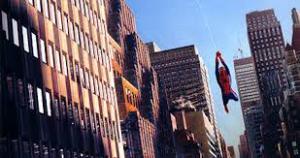 He accidentally killed his girl friend

he has family he has to take care of

and there is the small matter of his Uncle Ben who he could have saved but didn’t. 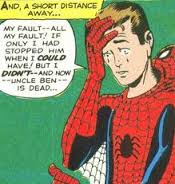 But despite all the crap that life has thrown his way Spiderman insists on trying to be the best hero he possibly can because he has taken his Uncle’s advice and internalized it so deeply that he couldn’t stop trying to be a hero if he tried.

Spiderman is heroic because he will always try to do the right thing even if it’s too difficult and even if it’s at great personal cost.

So which is more heroic?  Having the power to rule absolutely but making the conscious choice to only use that power to help those who are weaker than you are or sacrificing everything you have and everything you are in order to rise to the occasion and save people no matter what the cost?  Truth be told I don’t know, it all depends on your personal preference.  Personally I tend to lean slightly towards Superman but that’s just me.  Both these two individuals are fantastic heroes and wonderful examples to live by and both provide a different take on why superheroes do what they do. 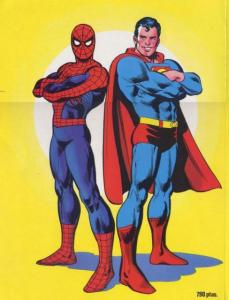