So it’s been a while since I’ve done one of these and that’s a shame because as I was looking through Kickstarter I saw a whole bunch of interesting stuff that either failed to find funding or didn’t have enough time for anything I could write to make a difference.  With that being said, let’s take a look at this cool little anthology project I found that’s a bit different from what I normally talk about: The Starryteller Anthology.

The title of the piece is pretty clever play on words.  It’s a collection of stories all centered around the common theme of stars (the giant glowing balls of hydrogen, not celebrities) with 11 different stories created by 11 different female artists from the great Down Under, Australia.

For starters the idea of building an anthology series around the concept of a star is something I find very interesting.  For starters, you’re dealing with the fundamental forces of the universe creating a ball of fusion and plasma screaming across the universe on a scale that is nearly impossible for we mere humans to comprehend. 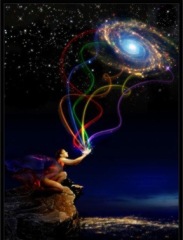 Now you may be wondering why I’m not talking about the stories themselves or any other plot details.  Well that’s because the Kickstarter doesn’t give many details about the plot.  However, I was able to look at some of the work from some of the women working on this project and I was simply blown away.  For example, here’s a piece from one of the artists named Natasha Sim

Here’s another piece by an artist named Lee Lai 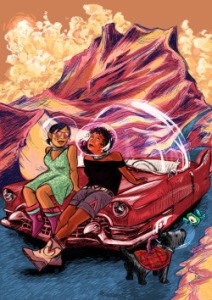 and here’s a link to some of the work by the person producing the Kickstarter, a lady named Samantha Calcraft (I highly encourage you to check out the story “Fin”, it is hilarious).

Each one of the artists has their own talent and voice that I’m sure will go into creating an awesome story.  I will admit that I am personally more used to a more realistic and hard lined style than this but the level of attention to detail and passion that is clearly put into each of these pieces has made me a fan of everyone involved in this project.

There are a whole bunch of other artists on this project and each one of them is amazing at what they do.  If you want to see more I highly encourage you to check out each of their Facebook pages, Tumblr blogs, and websites.

Besides the cool concept and the awesome artists there are several other things that make this anthology special.

Now, when I hear the word “Australia” comics aren’t the first thing that come to mind (that would be deadly animals that can kill you in a heartbeat) although they did give us the actor who plays Thor in the movies. 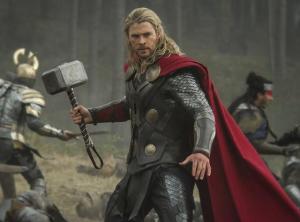 From what I’ve read most Australians got most of their comic entertainment from American re prints and there hasn’t been much in terms of locally produced content which makes this project special.  I can’t guess the intentions of the creators involved but I honestly believe this project has the potential to create a new comic book culture that is distinctly Australian.

Also, the fact that this is an all female ensemble effort is something to be commended as well.  Yes I do believe that the comic book industry is overwhelmingly dominated by men and while there have been several high profile female writers and artists who have done brilliant work it still isn’t enough.  Let me be clear here, from a personal stand point I do not see this from a gender politics viewpoint.  I simply believe that it is necessary for more people with different viewpoints and different voices to become involved in creating comic books in order for the art form to thrive.

So if you want to see a collection of stories from an insanely talented group of artists and writers that are attempting to bring new ideas, new styles, and new stories to the medium we know and love so much, consider donating to The Starrytellers Anthology.