Today is all about the final member of the original superhero team, the Justice Society of America. 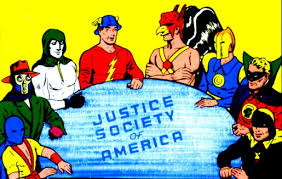 And who better to end such a lengthy string of articles than with God.  Not a god like Zeus or Thor but rather, THE God.  Granted today’s character is only part of the divine being we all know and love but he’s an incredibly important part when it comes to comic books.  I’m talking about the literal personification of God’s wrath in the DC universe: The Spectre. 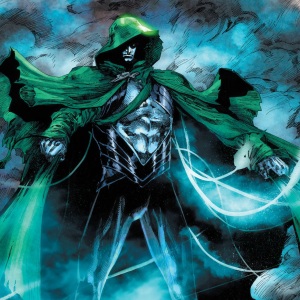 Fun fact about this character, he was created by comic book legend Jerry Siegel who was the co founder of this guy, you’ve probably never heard of him. 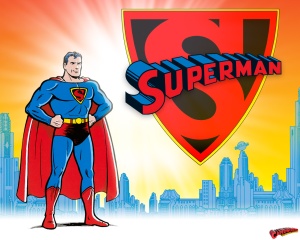 Corrigan had the unfortunate luck of being at the wrong place at the wrong time and was murdered by gang of mobsters who threw him into a barrel filled with cement and then threw the barrel into a river.  Instead of dying, Jim was confronted by an entity known only as “The Voice” and was sent back to earth in order to rid the world of evil as a spirit of vengeance. 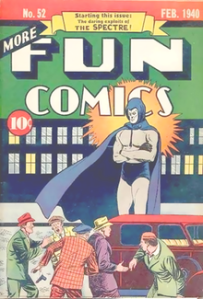 It seems that Seigel liked to give his characters incredible amounts of power because the Spectre was on level of power and ability comparable to Superman, and if you take the fact that the Golden Age Superman was nowhere near as powerful as he is today you could argue that the Spectre was even more powerful at this time.  He could change his size at will 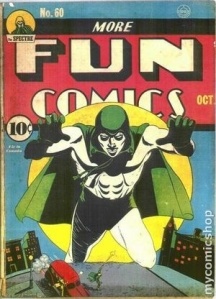 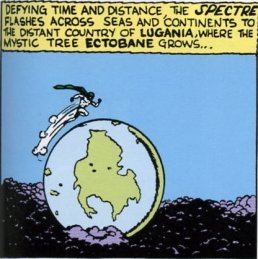 and he had some rather gruesome ways of dealing with those he sought to punish, including one noteworthy instance where he turned a criminal into a walking skeleton. 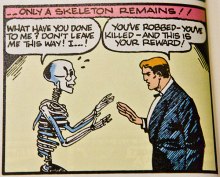 and leaving a man stranded in the middle of a warehouse, paralyzed with some sort of science ray for the rest of his life. 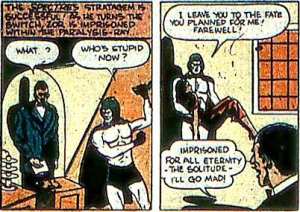 It should be noted that while Jim Corrigan did have a fiancee at the time named Clarice he decided to break up with because when you’re a non corporeal being with the ability to pass the judgement of the Lord upon all evil doers you’re probably not very well suited for the married life.

Sadly it seems that even back in the Golden Age people realized that having a superhero who is way to powerful to be fighting mere mobsters and cannot be hurt is a bit…boring and by the start of the Second World War the Spectre’s role in the DC universe was greatly diminished.  Jim Corrigan was re incarnated in 1942 and the Spectre became more like his name sake, an invisible ghost like figure who tended to only intervene in events rather than take direct action.  Near the end of the Golden Age he was reduced to the role of guardian angel in a comic book series “Percival Popp, the Super Cop”. 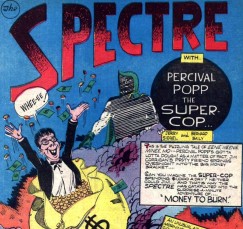 It seems that the Spectre’s decision to retire with the rest of the JSA during the 1950’s was probably a good idea.

Forgive the pun but the Spectre came back in the 1960’s with a vengeance. 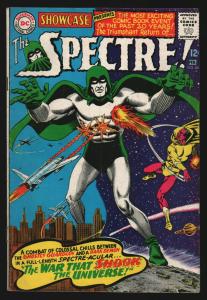 Instead of toning his powers down legendary DC editor Julius Schwartz made the Spectre even more powerful, basically becoming the closest thing to God in the DC universe.  However, the problem of his power still remained and the creative staff struggled to find ways to tell good stories with a nigh omnipotent protagonist.  The solution was to have him make cameos in other books like the Flash and Batman and many of his later stories took a more occult feel and leaned more in the direction of horror anthologies than a superhero. 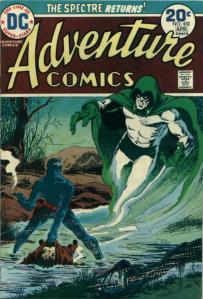 After a period of time as a severely depowered hero with his alter ego running an occult detective agency his role as an agent of God would reach it’s apex under the writing of John Ostrander, who claimed that the Spectre was actually one of the fallen angels who was cast out of Heaven named Aztar.  During this time the Spectre would be confronted with deep and morally questionable decisions like whether or not he should punish a woman who had killed her abusive husband in his sleep.  He would also have an enemy that was his equal in terms of power, a rival angel of death called Eclipso. 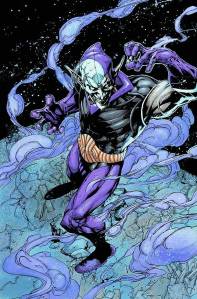 The Spectre would eventually become an integral part of the DC universe on a cosmic level, playing an important part in many of DC’s massive multiverse events like Crisis on Infinite Earths and Zero Hour.  In 1999 Jim Corrigan would eventually find peace and his soul was separated from the Spectre who attached itself to the soul of the Green Lantern Hal Jordan during the event comic Day of Judgement.

After Hal was released from the Spectre’s control the entity would go on a violent rampage before finding a new host in a man named Crispus Allen. 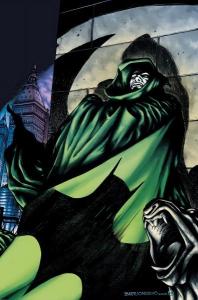 The Spectre would continue to fight many of DC Comic’s massive cosmic threats including his old nemesis Eclipso and the personification of Death, Nekron. 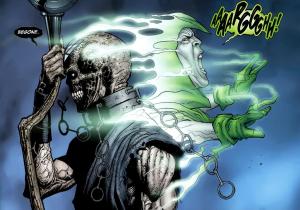 He’s also had several cameo appearances in various other titles including one of the best episodes of Batman: The Brave and the Bold 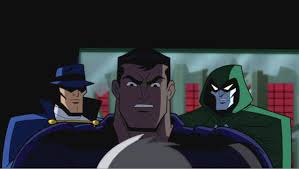 and a pretty good short film under the DC Showcase title. 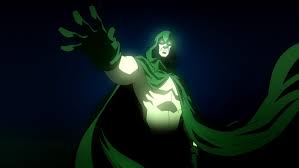 As one of DC’s most powerful characters (and that’s saying something) the Spectre has struggled as a character for good and compelling stories.  However, as the personification of vengeance (something that a lot of superheroes in general share) he is and will remain an important part of the mythos and mythology of one of the greatest collection of heroes the world has ever known.