So after a long look at the first superhero team put together by what would eventually become DC comics I thought it would be nice to take a break and look at some of Marvel’s heroes from the Golden Age.

Now it should be noted that before Marvel Comics became the Stan Lee powerhouse publisher that we all know and love they were originally known as Timely Comics.  It’s important to know this to avoid any potential confusion.

With that being said, let’s take a look at one of the their earliest and most popular superheroes, one of the biggest names that Timely had on their roster of superheroes: The Human Torch. 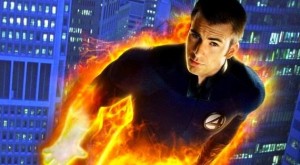 The Golden Age Human Torch was rather unique in that he wasn’t actually human.  He first appeared in Marvel Comics #1 in 1939 and was an android developed by a scientist named Phineas T. Horton. 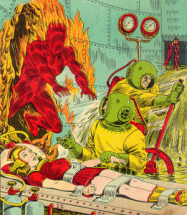 While demonstrating his latest creation at a press conference his robotic creation decided to demonstrate a massive design flaw at the worst possible time.  It turned out that when his skin was exposed to oxygen the robot would burst into flame all while remaining unharmed.  Unsurprisingly people were terrified of this strange robot and demanded it’s destruction. 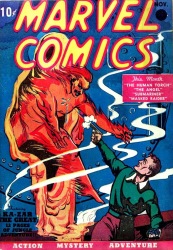 Not that hard as to see why.  Anyway, Dr. Horton couldn’t bear to destroy his creation and attempted to encase the robot in concrete.  However, a crack in the encasement allowed the Torch to escape and in its confusion it laid waste to a large portion of New York.  After nearly killing his creator the Human Torch vowed to control his powers and to use them to benefit humanity.

After building a special oxygen damper the Human Torch adopted a more human persona and enrolled in the NYPD as a man named Jim Hammond.  During this time he had what was probably his most notable claim to comics fame, his encounter and subsequent fight with Timely’s great anti hero: The Sub Mariner. 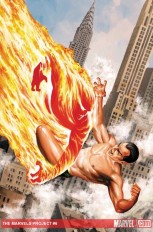 The fight was a hit and the two would later become on again off again rivals/frenemies.

After his first battle with Namor the Human Torch would fulfill his patriotic duty and head off to Europe to go kick some Nazi butt.  Before he would do that he would pick up a sidekick named Thomas “Toro” Raymond, the son of two nuclear scientists who had mutated into…someone who could control and manipulate flames in the same way the Human Torch could.  I’d also like to take this moment to mention that one of their biggest foes was a super villain named “Asbestos Lady”.

That’s both of them with their WW2 superhero team comprising of Namor, Captain America, Bucky Barnes, Miss. America, and the Whizzer (we will be doing articles on all of them) and they kicked a serious amount of ass in both Europe and the Pacific.  Probably the most notable achievement was when the Human Torch immolated Hitler and ended the war. 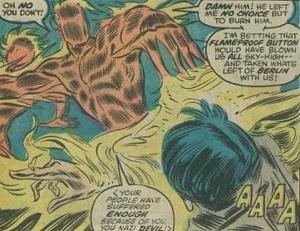 The All Winner’s squadron was disbanded in 1949 after defeating the world’s first nuclear terrorist but the Human Torch continued to survive.  After a brief solo career he and Toro were kidnapped by mobsters and were doused with a chemical that paralyzed him and blew out his flame.  Believing him for dead the mobsters buried the Human Torch in the desert and sold Toro to the Soviet Union.  But in 1953 a nuclear bomb tested near his burial revived him and he returned stronger than ever. 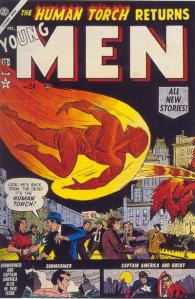 Sadly, his power was to great and too unstable so in 1955 he flew out to the desert and blew himself up so he wouldn’t hurt anyone.

The Golden Age Human Torch would remain destroyed for the rest of the 1950’s.  However, superheroes would make a roaring comeback with the publication of Stan Lee’s Fantastic Four #1 in 1961 with an all new, and all human, Human Torch. 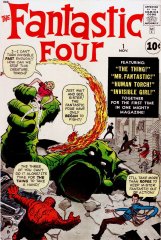 Thanks to the revitalization of the genre the company now known as Marvel just couldn’t leave one of their greatest heroes by the wayside, so in the 1960’s a villain called The Mad Thinker rebuilt the original android and programmed him to fight the Fantastic Four. 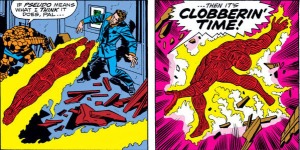 Naturally the robotic Human Torch was too much of a hero to remain under the control of a supervillain for long so he would eventually free himself from the Mad Thinker’s control only to be extinguished, had has hist body stolen by another evil robot name Ultron, and turned into a little known hero called Vision in 1975. 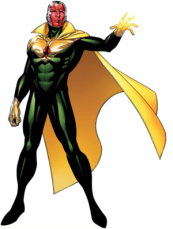 However, it turned out that this WASN’T the case and the Vision’s body was actually made up of spare parts from the Human Torch.  The real Torch was revived, lost his powers, and would go on to be a mentor and guiding hand for most of the Marvel Universe before blowing himself up again in order to stop a H.Y.D.R.A sleeper agent named Tara.

The Human Torch would continue to exist as a robotic android in one variation or another up until the modern day. He was one of Marvel’s first and greatest superheroes, and continues to be a mentor and inspiration to most of the Marvel Universe.