Today I’d like to talk about one of my favorite genres in all of literature: science fiction.  The project I want to talk about is a Kickstarter campaign for the prologue and first chapter of what is hopefully going to be a much larger work called Aria.

The comic is written and drawn by Joseph DeSantos and is the very definition of a passion project.  According to the campaign page Mr. DeSantos states that the idea for the project came from his frustration with some of the more unsavory aspects of our modern culture such as greed and corruption among the rich and powerful on a seemingly epidemic scale, widespread ecological destruction, and the massive gulf between the haves and have nots.  It is intended to be a story that spans thousands of years.

and to introduce two of the main characters, the Earth Air Force engineer Talia Green and the mysterious alien Ya’Ren. 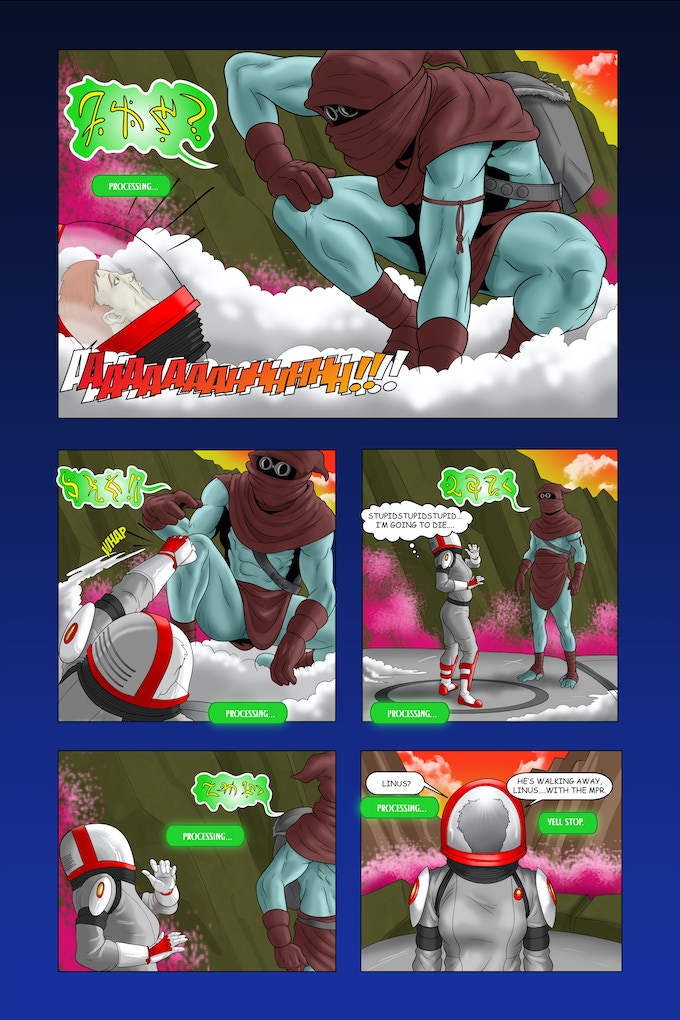 The project is currently on Kickstarter and needs a little under $2000 to meet its goal as of writing this article.

This is probably the most personal I will ever get in this article series.  I have actually had the chance to work with the writer/artist on this project before.  It was on a separate project of my own creation that unfortunately fell through for various reasons that I won’t go into here.  I will say that Joe DeSantos was not one of those reasons and he was a blast to work with.  I will also say that out of all the artists I have seen he is one of the best at drawing emotion into his characters. 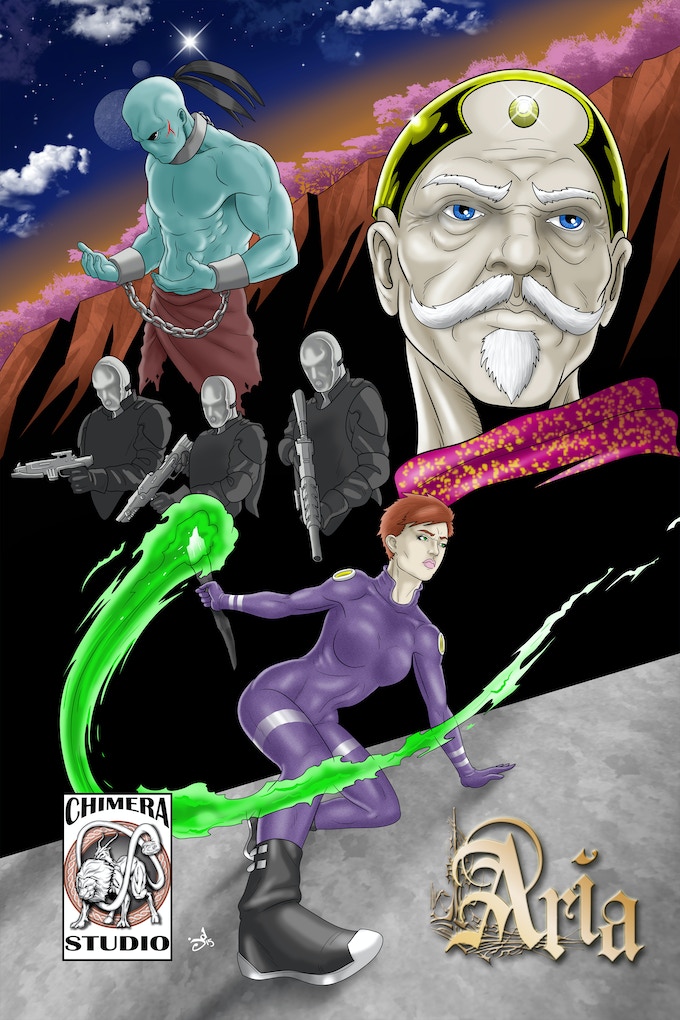 You always get a sense of what’s going on in each character’s mind and to me that’s the hallmark of a great artist.

I’d also like to take a moment to say that Aria is the sort of speculative sci fi project I have a soft spot for.  I love stories about Earth in the distant future, all the problems the future holds, all the potential solutions, and how the future can be used to comment on the present.

So basically I’m saying this is the sort of project that is being developed by an artist I like in a genre I really like.  Yes, I am somewhat biased towards this project.

For starters the artwork and story for the Prologue and First Chapter are already done, the campaign is just there to cover the cost of printing.  In an uncertain world it’s nice to know that there are places you can get your money’s worth in a timely manner.

The second reason is a bit more…intellectual.  This is by no means a definitive statement but you can argue that most, if not all, of science fiction can be divided into two very broad camps.

The first type of sci fi story can be seen in movies and shows like Star Wars.

These are the kinds of shows and movies that go to the audience and say “hey, here’s a fun cool looking product that doesn’t have much in the way of a deep message or big important point but look, laser swords!  Space fighters!  Awesome story and characters!”.  We know something like Star Wars isn’t going to challenge our minds and make us think too much (the prequels tried to do that but failed) but we don’t care.  Star Wars science fiction is science fiction as pure entertainment.

The second type of science fiction story is the kind that bears a lot of similarities to shows like Star Trek.

These types of shows tend to attempt to imbue their stories with a deeper meaning behind the effects and future technology.  Star Trek attempted to broaden the minds of the audience and while future tech like the transporters were designed as a cost cutting measure, the message of exploration, attempts at peaceful co existence with other alien species, and the all around positive vibes of organizations like Starfleet served as a critique of the present day and as a message of hope and optimism.

Now granted, this is by no means a definitive idea.  There are plenty of shows and works of sci fi that bridge both camps but Aria firmly places itself in the Star Trek camp.  By using a past where humanity’s decisions have practically doomed our planet the work serves as a scathing critique of our society and an exploration of what could happen to us.

As I said before, I like the artist and I like the project.  This is definitely something worth checking out.

One thought on “Crowdfunded Comics that deserve more attention: Aria”