Today we are going to be looking at a Kickstarter project called From Parts Unknown: A Journey into the Heart of Professional Wrestling. 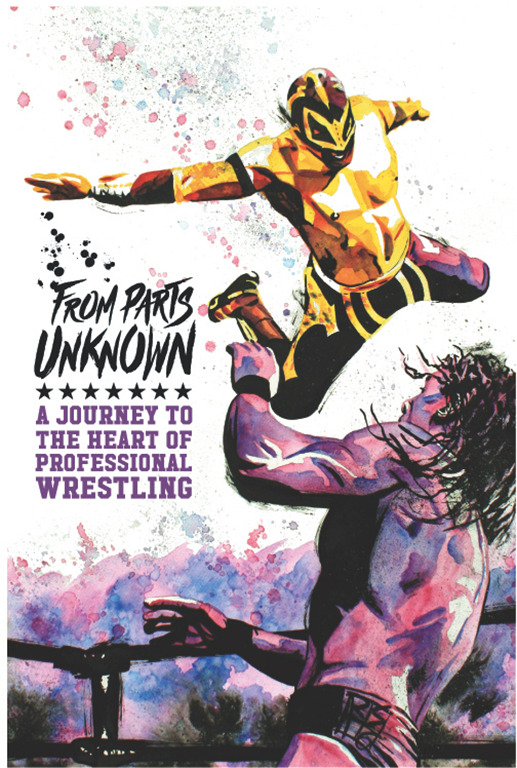 The project is seeking funding what the creators have dubbed “a coffee table book” written and drawn by people ranging from professional comic book creators who are fans of pro wrestling.  It’s goal is to try to explain why people love wrestling so much to people who might not be so enthusiastic (spoiler alert: I’m one of them) about it.

I am going to go the personal route and confess something: I am only a casual fan of wrestling and even that’s a stretch.  Sure when I was a kid in the 90’s I knew about Stone Cold and the Undertaker (because let’s face it, even people who don’t know a thing about wrestling love these guys) and I think the Rock is a fun actor to watch.

but I stayed away from professional wrestling when I was younger.  I actually wrestled all through middle school and high school, you know…this one.

Granted I wasn’t very good (over my seven year career you could count the times I pinned someone with one hand) but I stuck with it because it I thought it was fun.  The reason I bring this up is because for the longest time I viewed professional wrestling as something of a joke.  I was participating in a legitimate sport that was being sidelined by clowns in colorful underpants who weren’t even athletes…they were entertainers.

Plus the fact that the matches were fixed didn’t help change my stance.

However, since then my opinion has changed and I’ve come to respect the people who work in organizations like the WWE.  Let’s face it, amateur wrestling is incredibly boring to watch so some showmanship is always welcome.  Plus, when professional wrestling has good story telling the matches it can be legitimately good performance art. Also, I’ve been watching clips of a wrestler the WWE brought over from Japan named Shinsuke Nakamura.

The man is amazing and a treat to watch.

Not only is this book a fun passion project, I honestly think it’s an important project as well.

professional wrestling is incredibly dangerous.  Sure the moves are planned out but banging your head on a botched piledriver, 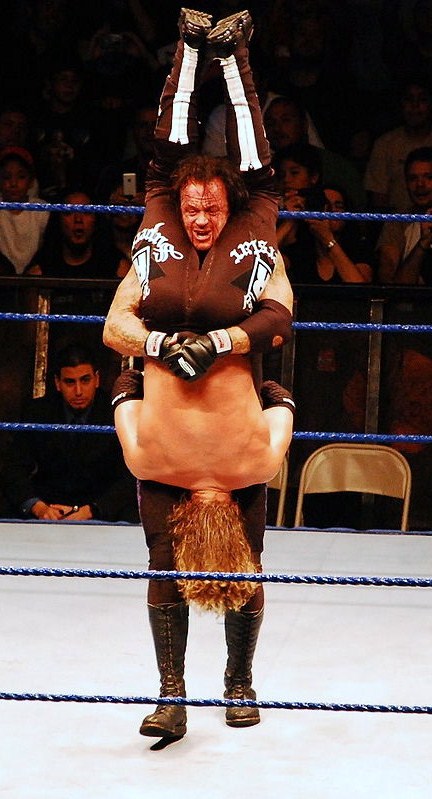 getting beaten by a steel chair,

or having an unplanned fall from the top of a steel cage,

are all facts of life while working in professional wrestling and require tremendous endurance and physical toughness to survive.

Sadly, while wrestling may be “fake” the consequences from routine concussions, broken bones, and attempts to cope with the pain through drug and alcohol abuse are all too real.  More people have died while attempting to cope with the problems of “fake” professional wrestling than legitimate amateur wrestling. 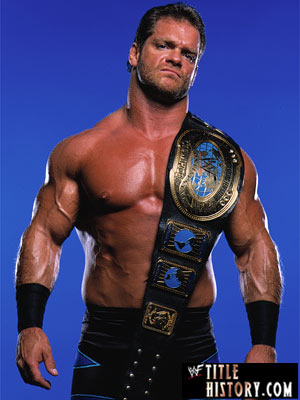 Disclaimer: I should note that, at the current time of writing this article, the investigation into the death of female wrestler Chyna (pictured above) is being listed as “possible overdose” so there may be other factors involved.  However, it should be noted that over the course of her career Chyna had her fair share of problems and 46 is a terribly young age to die.  She will be missed.

The point I’m trying to make here is that these wrestlers put their bodies and minds through hell in order to entertain the masses and that deserves everyone’s respect.

This book is a way for fans and professionals alike to share their love of wrestling with the world and a way to explain what makes it worth all the pain, sacrifice, and commitment. 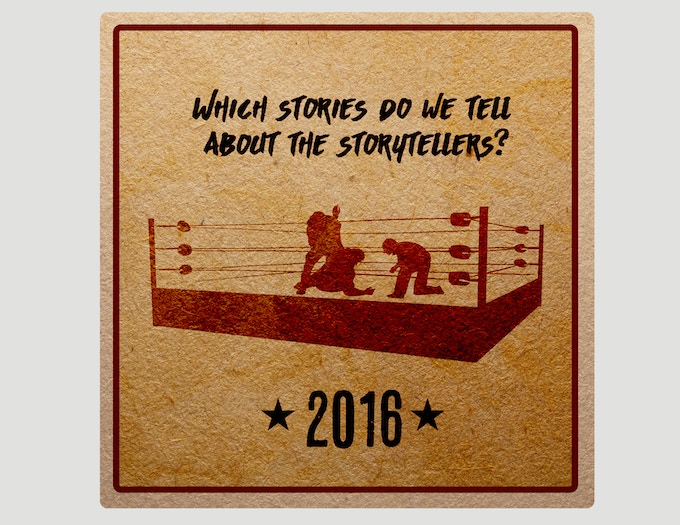 It has top notch talent and passion behind it and I cannot recommend it enough.