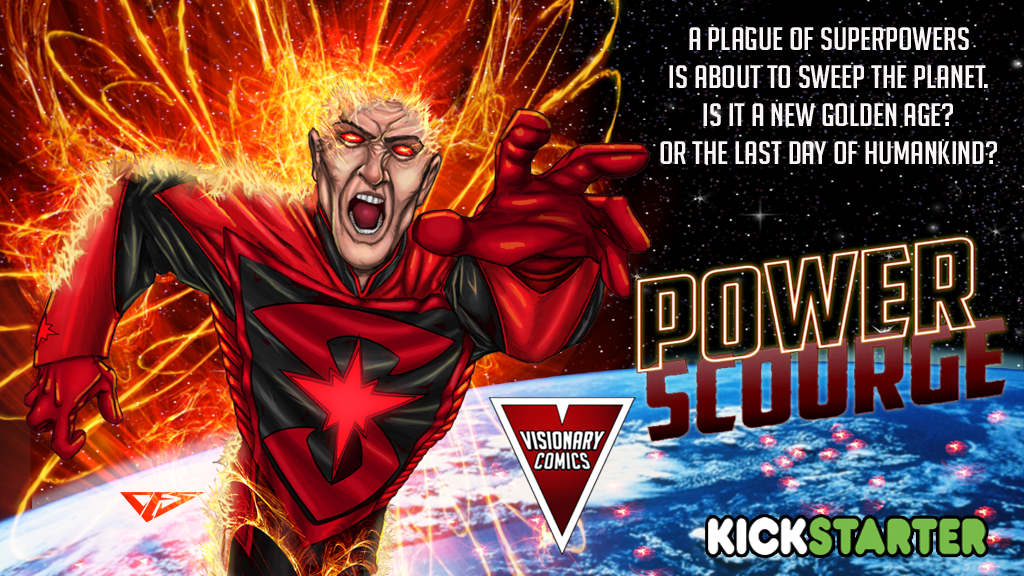 The project is created by a company called Visionary Comics and is seeking $30,000 in funding by October 16th.

Power Scourge is an anthology book detailing a mysterious event called the “Starburst” and the fallout of the event where thousands of people on Earth start mysteriously developing superpowers. 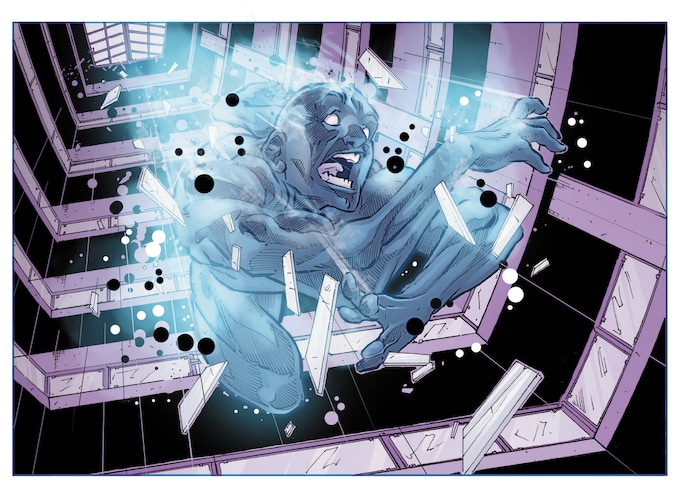 Nobody knows exactly what’s going on except there is a strange alien device being built in downtown Richmond VA, 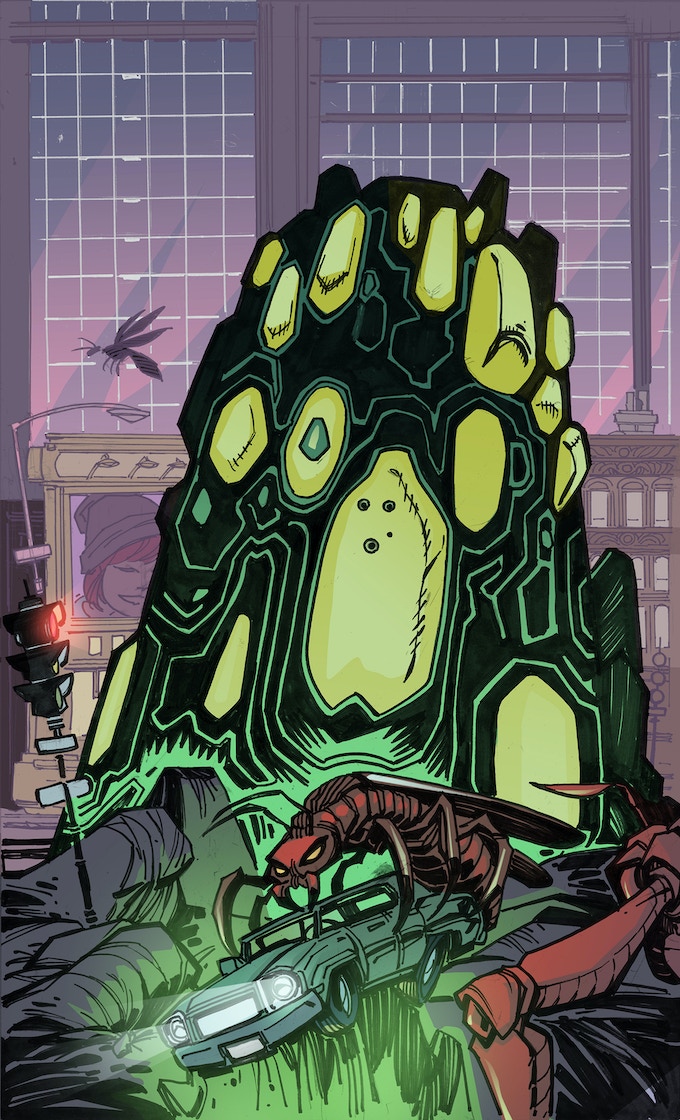 and the creators of the project are hinting at a strange race of super powered beings known as “The Everlasting” who appear to be playing a much larger role in this strange event than the creators are letting on. 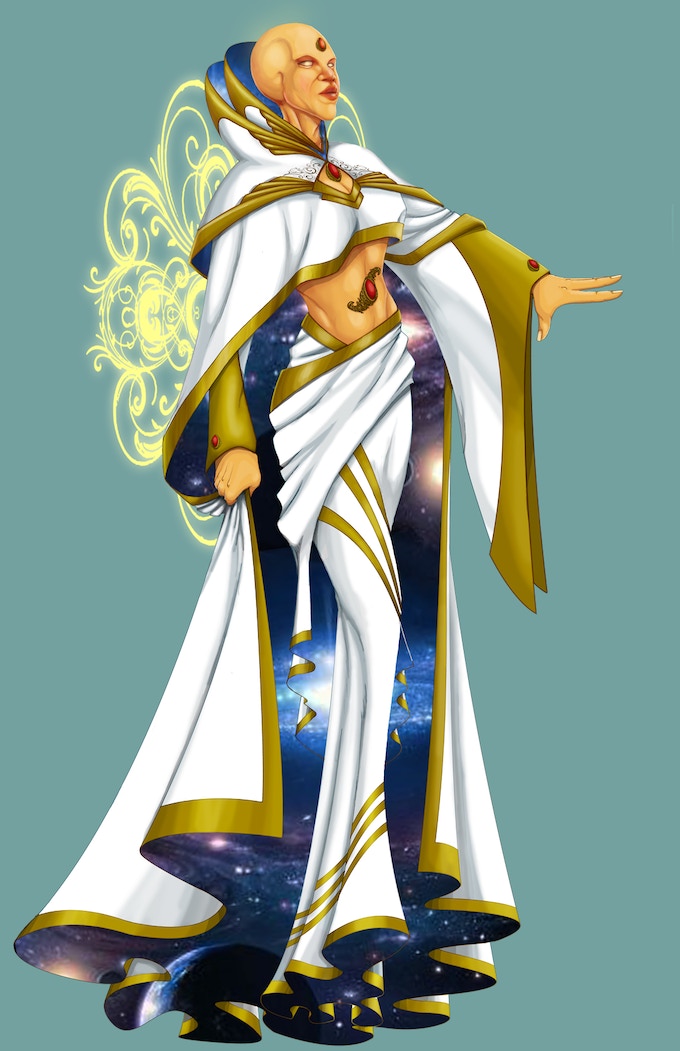 While the creators of the this project are being frustratingly vague with plot details, I believe this idea is interesting enough to warrant your time, your attention, and your money.

In almost every superhero comic I’ve ever read super powers are limited to a few,

well…a distinct selection of men and women with special abilities, the right heritage, or incredible luck.

This makes sense considering that it makes sense to keep your perspective limited and focused from a story telling point of view.  In a world filled with superpowers, what makes superheroes special enough to tell stories about?

Power Scourge takes this idea and flips in on its head.  There are no billionaires who decided to become superheroes, there are no alien devices that chose a specific wearer, and there are no top secret government agencies that have humans deadly enough to go toe to toe with gods and win.  The powers are introduced to our society suddenly, dramatically, and seemingly without reason and it looks like humanity will react in a pretty predictable way. 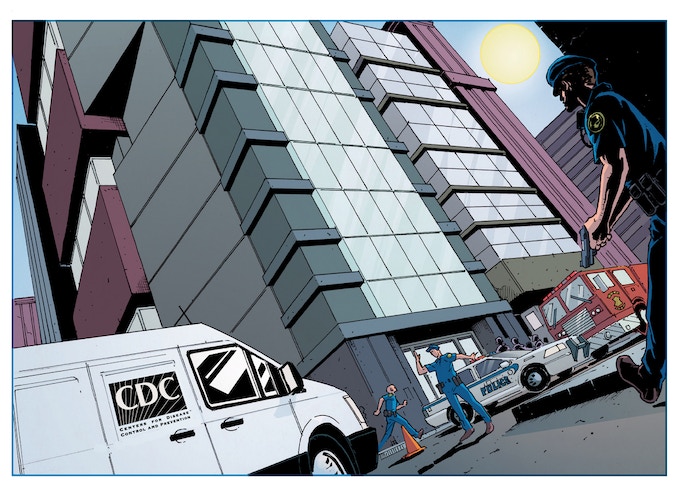 Almost any writer/creator will tell you that chaos and confusion make for the best story set ups and this graphic novel promises a lot of chaos. 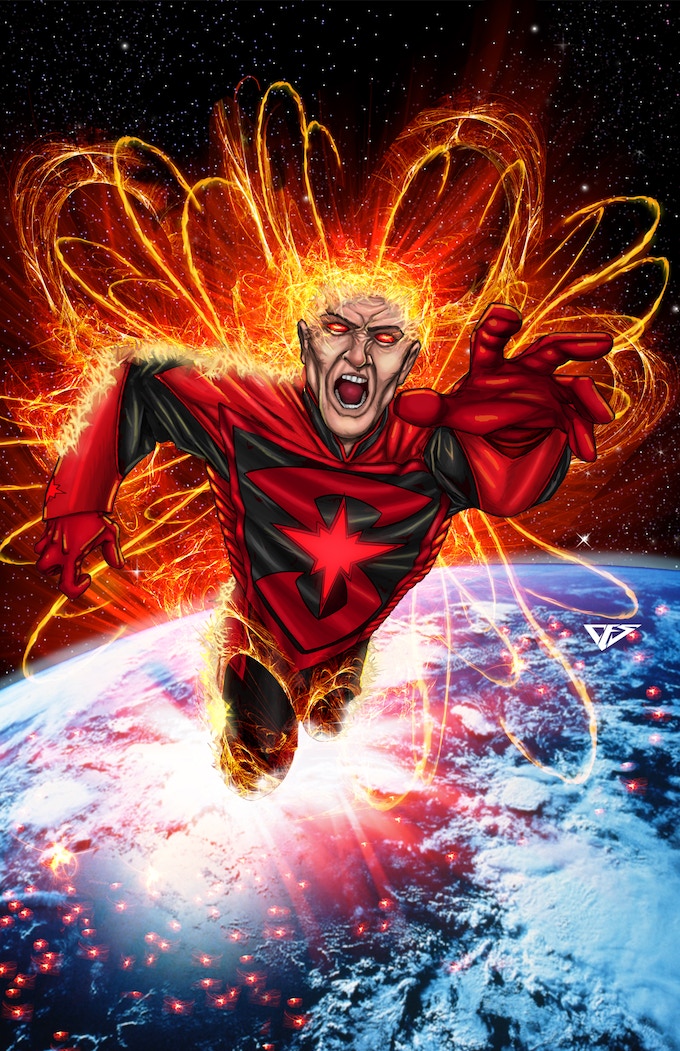 First and foremost, this Kickstarter project promises to be the start of something big: a fully functioning comic book universe with plenty of spin offs and a chance to glimpse into a much bigger world that will be developed into other titles.

This project allows anyone who donates to potentially witness a new generation of superheroes and ideas for superhero comics and I think that’s something special.

Also, I mentioned in the beginning that this was an anthology work and here is a sample of some of the writers and artists that are on board with this story and some of their work. 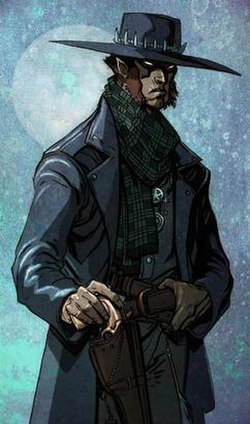 Needless to say, there is an amazing group of very talented writers and artists working on this project and I hope to see a lot more in the future.