Today I want to talk about Tarzan. We may think of Tarzan as quaint and pretty racist today (a white man who finds himself stranded in the jungle and not only survives but thrives and proves himself superior to people who have been living in the same location for centuries? Right.) but back in the 1930’s and 1940’s he was a pop culture juggernaut.

Tarzan got his start in 1912, years before the comic books became the medium they are today.  In their own special way, the Tarzan books were a big part of the main competition that comic books had to face as they came into their own.

I bring this up because like Superman in 1938, the popularity of Tarzan spawned a whole host of imitators.  One of the most important imitators was Sheena, Queen of the Jungle.

The idea of taking the “noble savage” trope that Tarzan helped develop and flipping the gender of the protagonist proved popular (and probably quite kinky) and lucrative.

Sheena would go on to become a pop culture icon of her time and would would inspire a whole host of imitators herself, and today we’re going to talk about one of them. 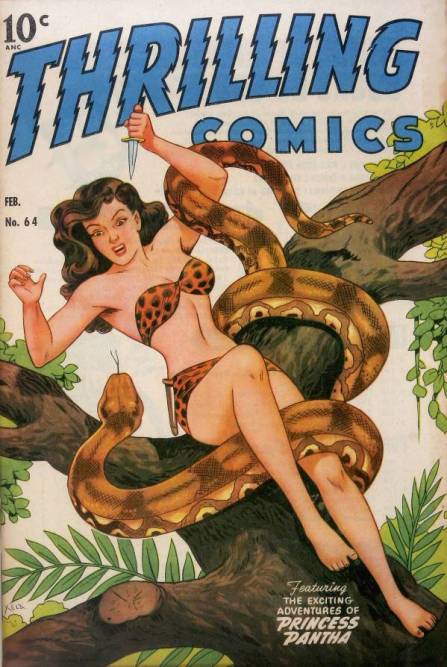 Disclaimer: The following article shows and discusses imagery that displays some pretty strong racist overtones.  This is not done out of malice or anger, these images were products of their time and should be openly viewed and discussed so that we as a culture and a people can acknowledge them and learn from our past, for better or for worst.

Princess Pantha made her first appearance in Thrilling Comics #56 in October of 1946.

While I was unable to find the name of her writer I did find out that she was drawn by comic book artist Art Saaf, 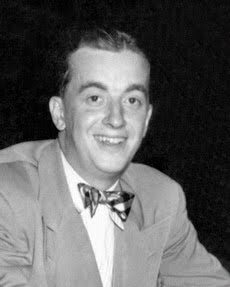 who would go on to do a lot of work for DC Comics in the 1970’s, including a lot of romance comics, 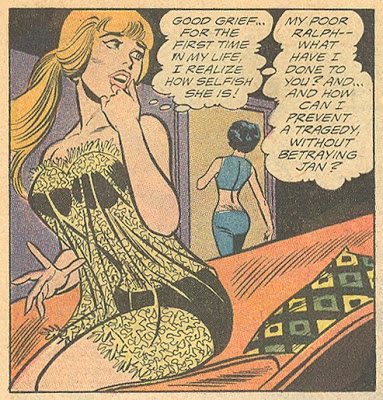 and one of the most famous stints on Supergirl in the 1970’s. 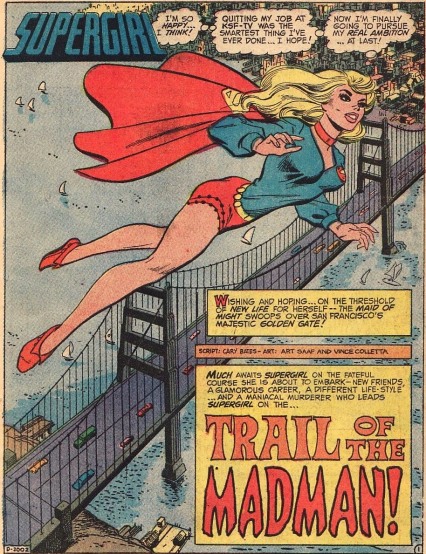 It’s pretty clear that Mr. Saaf was really good at drawing beautiful women, and it definitely shows in his early work with Princess Pantha. 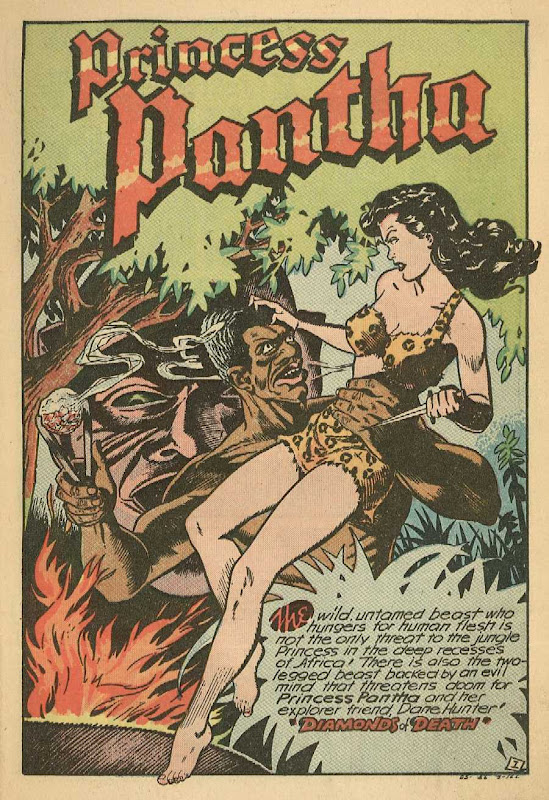 Anyway, back to her origin.  It turned out that “Princess Pantha” was originally a stage name for the world famous animal trainer of the National Circus.  Looking to improve their act the circus sent Pantha into the heart of Africa in an attempt to find a rare white gorilla the locals called “M’gana”.

While it is pretty cool to have a career woman on an expedition to further her own fortunes, any sort of progressive or forward thinking idealism is quickly squashed in the first couple of pages by the “famous explorer” Dane Hunter, who believes that an “inexperienced kid” shouldn’t be by herself in the wilds of Africa.

The Princess isn’t exactly the most tolerant type either and her expedition goes south when her party is attacked by natives.

She manages to fend off the locals by playing a recording of a gorilla, which scares the raiding party away.

Unfortunately, she is now stranded in the jungle without much food and no way home.

Dane attempts a rescue but is captured himself.

Thankfully, some time has passed between Patha escaping and Dane being captured, enough time for Pantha to become an expert in jungle survival (in one page no less) and craft a leopard skin bikini.

Pantha rescues Dane by stampeding a herd of wild elephants into the village of the tribe that tried to kill them both.

She rescues him and the issue ends with both of them vowing to find a way back to civilization.

Like I said, this particular story has some pretty racist overtones, but it was popular enough to warrant more adventures and even several cover appearances.

Sadly, most of her stories didn’t deviate from the formula set by her first appearance, where Pantha and Dane would stumble into a mystery/adventure and have to fight off an army of poorly dressed and horribly stereotypical natives who were greedy, evil, and usually didn’t speak very good English.

You’ll notice that the world “civilization” gets thrown around a lot and it usually winds up referring to western or “white” civilization.

Pantha went on like this for three years until it was dropped in favor of another icon of 1950’s pop culture, the cowboy.

Her final appearance was in Thrilling Comics #72, where once again she confronted and defeated the savage men and beasts of the wild thanks to her “superior” intellect and the benefits of western civilization.

It was probably for the best.

Like many of Standard Comics’ properties she would experience a revival in the 1990’s and early 2000’s.  She first appeared in AC Comics Jungle Girls: Wild Side

She would also have a supporting role in Alan Moore’s Terra Obscura series.

She dated a character named Doc Strange for a bit, but was mostly relegated to the sidelines.

Princess Pantha is a tricky character to talk about.  On one hand she was strong, capable woman who could handle herself in a fight and was able to overcome a lot of presumptions that her male colleagues had about her.  On the other hand, there was some pretty blatant and uncomfortable racism and sexism going on in these comics, ensuring that they would be permanent fixtures of their times and would not be able to to transition into modern popular culture very well.