I think it’s time we revived this blog series…again…probably for a few weeks before I get overwhelmed with other stuff or can’t find anything interesting to write about.

Anyway, since it’s close to Halloween here’s a write up of a comic with horror over tones called The Death Defying. 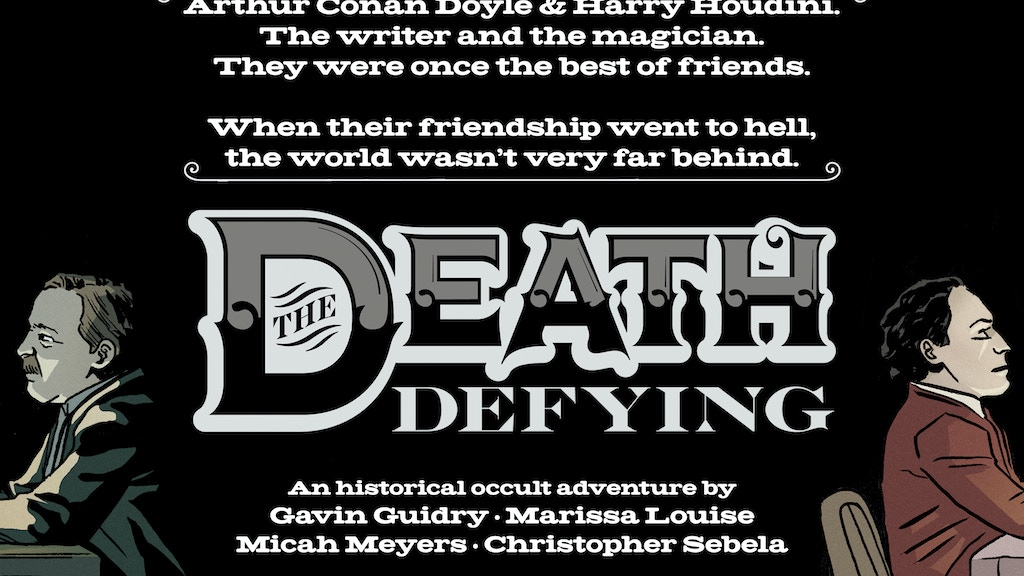 The comic is a fictionalized account of real life friends turned enemies Harry Houdini and Sir Arthur Conan Doyle.  According the the description:

“The Death Defying becomes a battle of wills, words, faith, science, fisticuffs, handguns and magic that stretches from the windswept menace of Stull, Kansas to the small apocalypse of Tungaska, Russia. Beliefs will be tested, lives will be threatened and the scariest specter of all is whether or not any of this is real.”

So it looks like we’re in for a twisted mystery thriller with two of the greatest figures of the early 20th century battling it out for the soul of mankind.

The campaign is seeking $8,000 to cover art and printing costs.  At the time of writing it is sitting at $1,580 with eighteen days left to donate.

I’m a sucker for historical stories, especially if it’s a story about two people as famous and as awesome as Sir Arthur Conan Doyle and Harry Houdini.  I’m pleased to say that the people behind the comic did their research well.  Houdini and Doyle were actually good friends in real life, 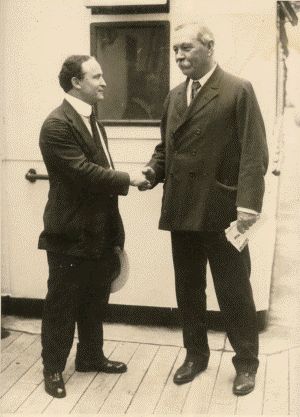 and wound up drifting apart due to their disagreements over spiritualism and the existence of the supernatural.

For anyone who doesn’t know, after the First World War most of Europe and the United States became fascinated with the idea that magic was real and that people could communicate with spirits and the undead.

This led to the explosion of seances and mystics who claimed they could summon spirits to appear as apparitions in photographs, 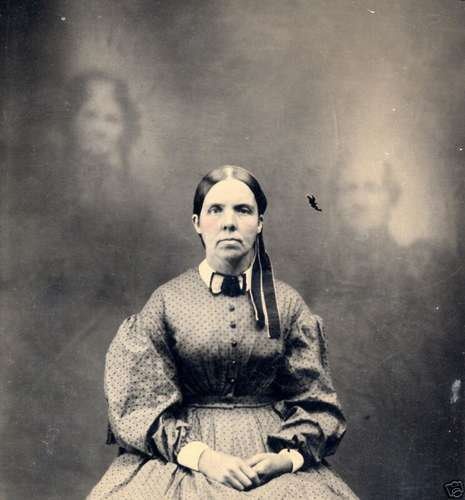 or most famously knock on walls and levitate tables.

Sir Arthur Conan Doyle was one of the most famous supporters of this idea, even going as far as claiming that fairies existed based on photographic evidence.

Houdini was the exact opposite and devoted a good portion of his life to disproving spiritualism and exposing many of the so called mystics who used parlor tricks to swindle people out of their money.

Personally I’d have to side with Houdini on this one.  Sure people are allowed to believe what they want, but this was just after the First World War and the Spanish Flu killed millions of people and I think many of these mediums and spiritualists were scam artists who were able to cheat a large amount of desperate grieving people out of their money.

Anyway, that’s the time the comic sets its story in.  It’s a fascinating time period in human history and the story promises to deal with weighty themes such as science vs. belief and chaos vs. order.

It should be good.

The creative team behind this story is top notch and professional.  Every one of the people involved in the comic has at least one professional credit to their name and they appear to be passionate about this story, so you know that they will deliver a quality product in a timely manner.

Speaking of quality, the art is fantastic and manages to balance the dark shadows of the occult with the practical and direct lighting of the provable very well. 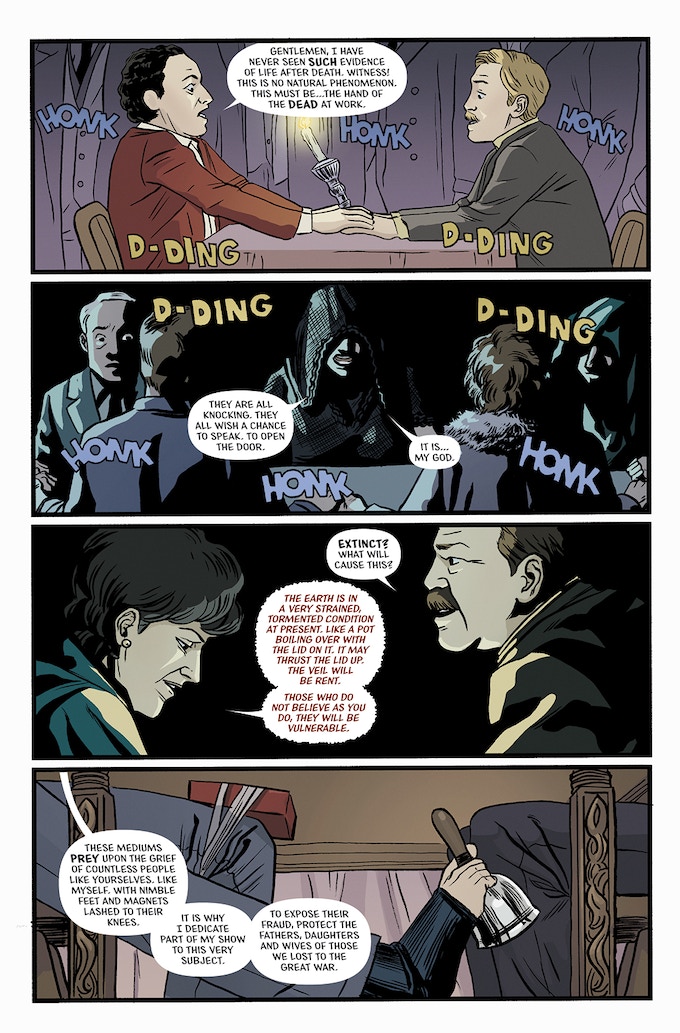 What I really like about this page in particular is how it manages to balance the two opposing points of view.  In the world of this story either man could be right in his beliefs and it’s well known that the best and most realistic kind of conflict is the kind where both sides believe they are right.

The first six pages of the comic are on the Kickstarter page for you to check out along with the rewards and bonus artwork.

The Death Defying is a historical occult drama that deals with weighty themes and stars some of the early 20th century’s greatest human beings in an adventure for the ages and a battle for the soul and future of humanity and is definitely worth your time and money.