Well, that was a nice Easter break, what can we talk about that’ll grab peoples attention again?

How about the first villain dangerous enough to pose a threat to the first superhero team in comics?  He goes by the name of Brainwave.

Sure, that sounds fun.

The first group of superheroes to join together as a group in modern American comics was the Justice Society of America, who made their first appearance in All Star Comics #3 in 1940. 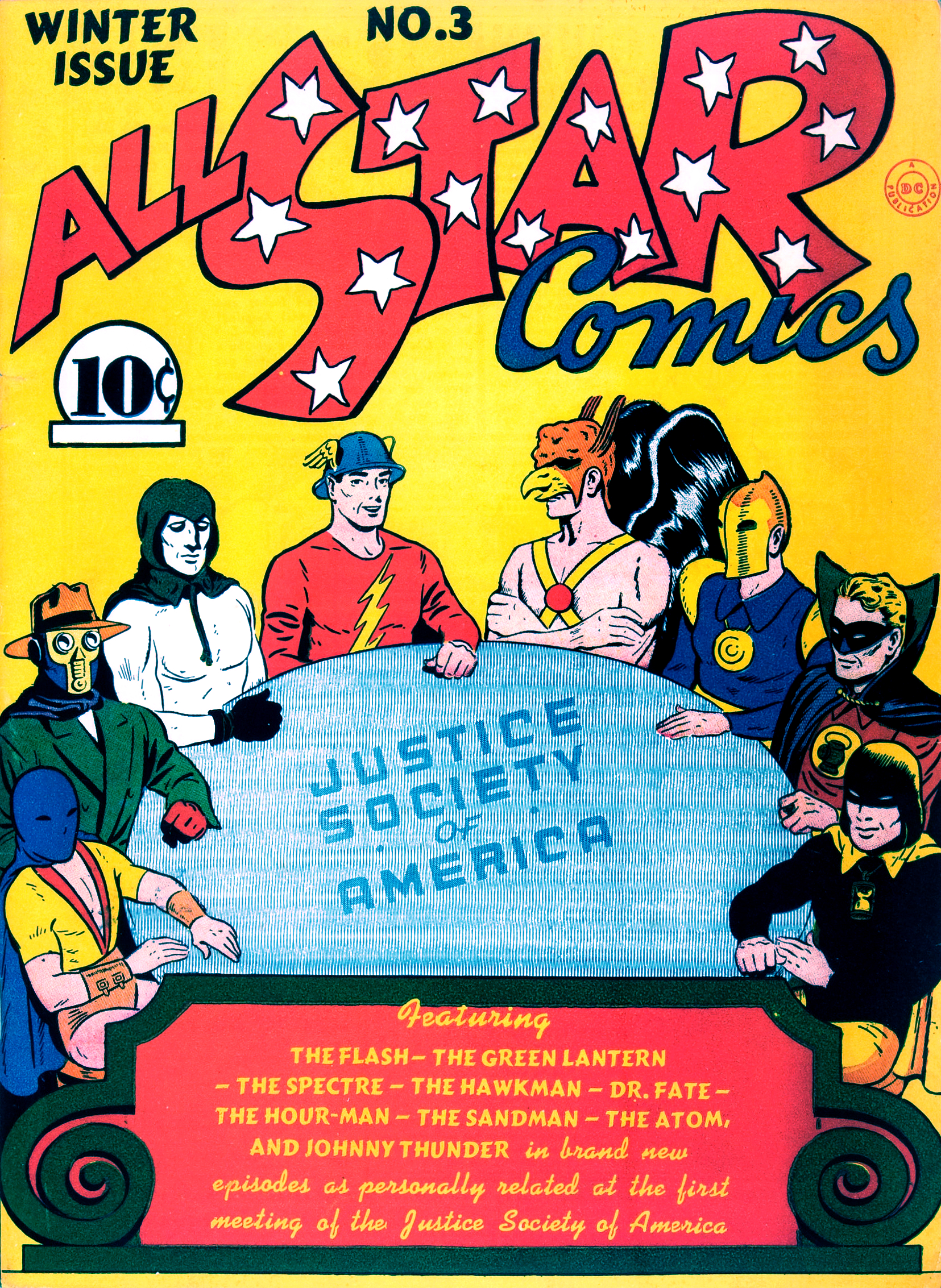 While the official reason for bringing the group together was to help protect America and stand for democracy against the forces of evil, the reality was that the sales figures for each of the characters were flagging on their own and they were brought together to make more money.

Thankfully, the book was a hit.  For the first couple of issues the heroes fought your standard collection of gangsters or went on their own separate adventures with their own villains to fight.  However, in March of 1943, super writer Garner Fox wrote All Star Comics #15, 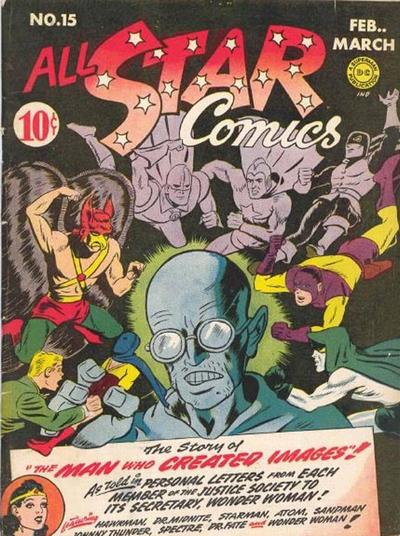 each of the members is stumped by a case they’re working on and can’t make it to the meeting.  It’s alright though, because they’ve each written an apology letter to the league  explaining their actions and each of the letters is read by the team’s secretary: Wonder Woman. 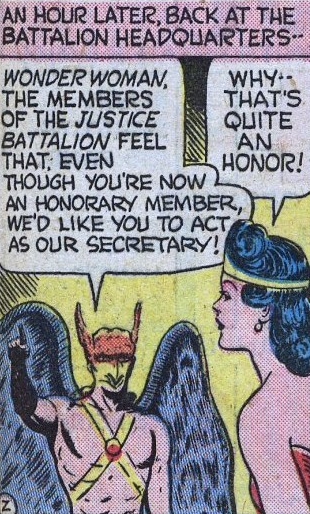 Anyway, Wonder Woman figures out that each crime that each member of the JSA is trying to solve is being masterminded by a single individual.

So what does she do?  She finds all of the girlfriends of each of the JSA members and tells them to dress up in their costumes.

Wonder Woman seems to not understand the idea behind a secret identity, either that or these ladies are some of the most clueless human beings in existence.

It turns out that the crimes are being committed by a man named Henry King, a tiny little man who has the power to create very realistic illusions. 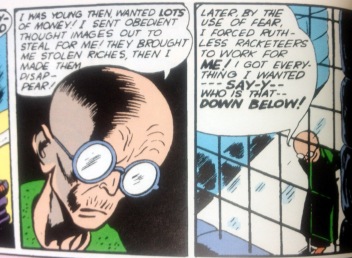 King’s backstory is actually pretty tragic.  As a boy he was lonely and didn’t have many friends and when he discovered his ability to create images out of thin air he used them to create a group of friends and historical figures for him to play with.

Unfortunately, his newfound power corrupted him to the point where he simply decided that he wanted money and used his powers to coerce gangsters into working for him and to convince people they were going crazy.

Anyway, the girls arrive at Brainwave’s hideout but are fooled by his illusions and captured by people who look just like their boyfriends.

This was  time when Wonder Woman could be stopped if you tied her up.

The boyfriends arrive soon after and while Brainwave attempts to threaten them with the deaths of their beloveds,

Wonder Woman breaks free and manages to free them.

The ensuing fight is short and Brainwave falling to his death.

The JSA was terrifyingly nonchalant about it.

However, the villain was saved at the last minute by his clothing and the design of his villainous hideout.

He would later appear as a member of the Injustice Society, a gang of super villains who formed as a direct counter to the Justice Society. 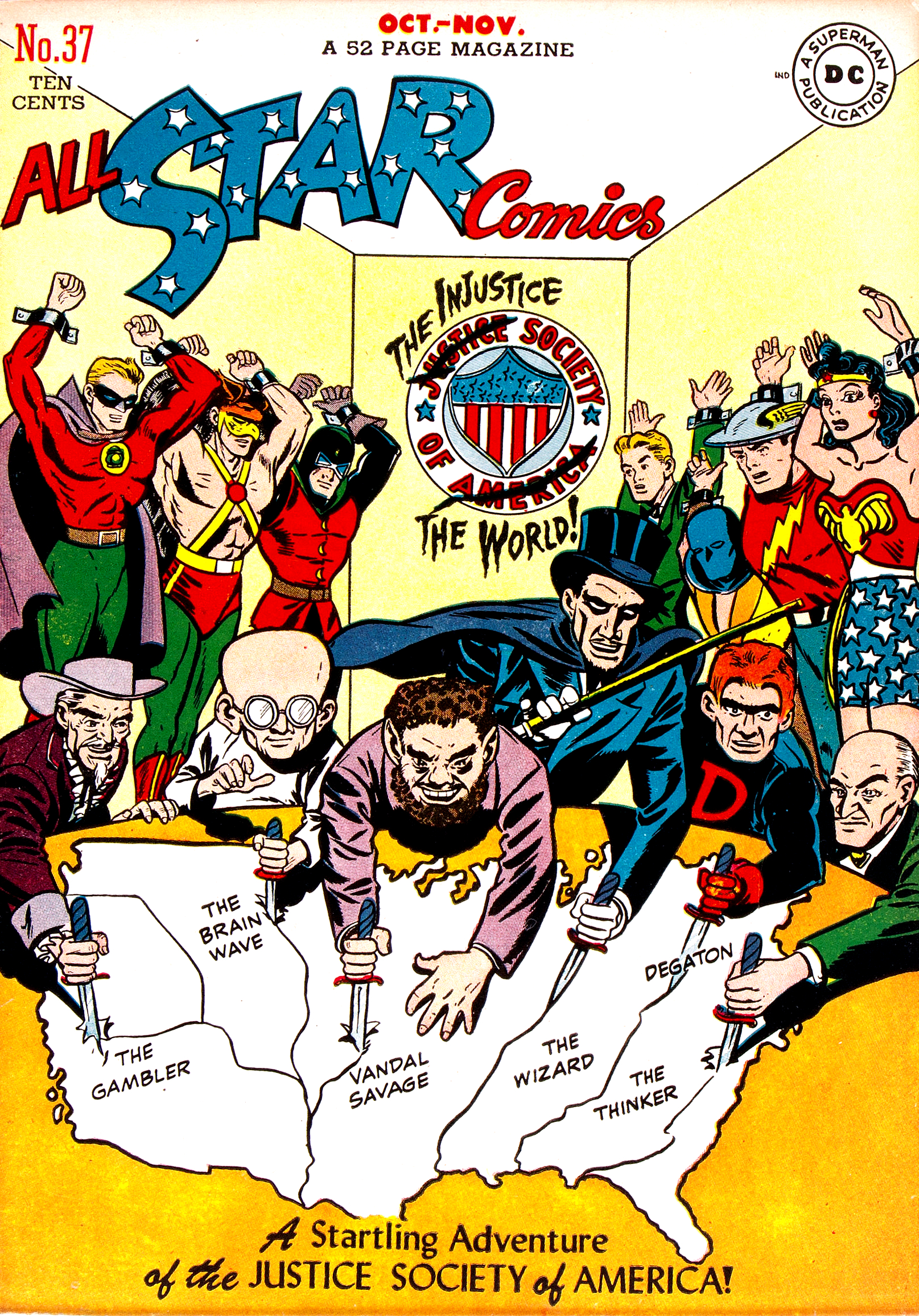 But that’s a story for another couple of blog posts.

They say a hero is only as good as the villains they fight, but unfortunately a villain’s fate is directly tied to how well the hero can sell books.

The Justice Society was shut down in the early 1950’s when American parents thought that comic books and superheroes were corrupting their children. 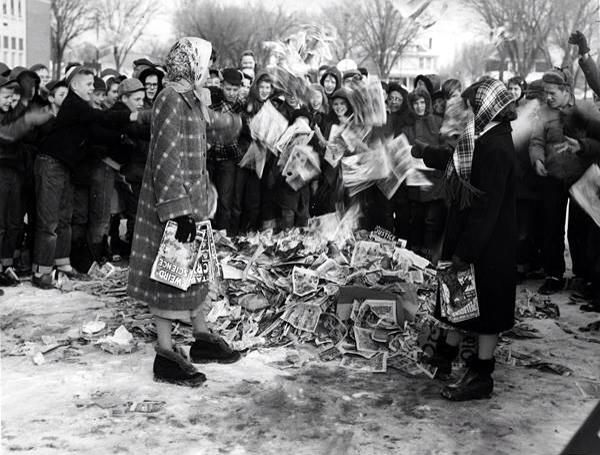 Fortunately, Brainwave was able to make a comeback, and he actually got even more interesting.

He wound up getting married to a woman named Merry Pemberton, a super heroine known as “Gimmick Girl”.

She was a good guy, he was a bad guy.  She didn’t know at first and was sad when she found out.

What makes this even better is that they had a kid together: Henry King Jr.

He became Brainwave number 2, after his father saved him from a villain known as the Ultra Humanite and gave his powers to his son.

Junior was part of a group called Infinity Inc., but eventually went crazy over his father’s villainous legacy, but it was eventually discovered that he was being controlled by a parasitic worm and Captain Marvel villain named Mr. Mind.

Boy, family drama is a killer.

The elder villain’s final appearance was in DC’s Blackest Night crossover where he appeared as an undead corpse, reanimated by the mysterious black power rings. 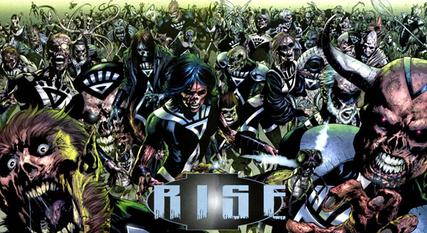 Brainwave was one of the original super villains of the early days of comics.  In a time when super heroes fought gangsters and Nazis, he was one of the first threats that the heroes had to face that had powers rivaling their own.  He was a formidable threat, a capable villain, and wound up having one of the most interesting and fulfilling story arcs in the long history of the Justice Society of America. 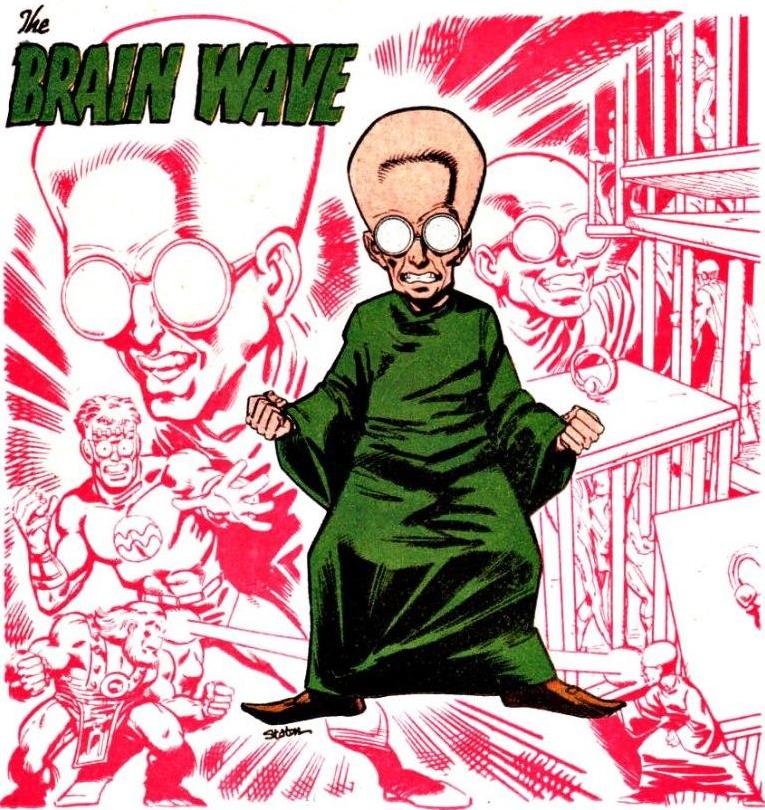