You know who everyone loves?  Batman.

You know what one of his greatest lines is?

“Criminals are a superstitious and cowardly lot”.

I love that line because it sums up Batman perfectly.  So much of his character is about instilling fear and dread into his opponents and it’s an integral part of the costume, especially the mask. 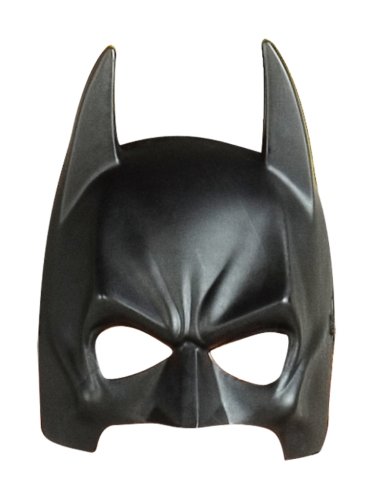 This is part of what made Batman so popular and as we all know, popularity breeds imitators.

Hold on to your seats ladies and gentlemen.

The Face was one of the hallmark creations of a little known comic book publisher called Columbia Comics. 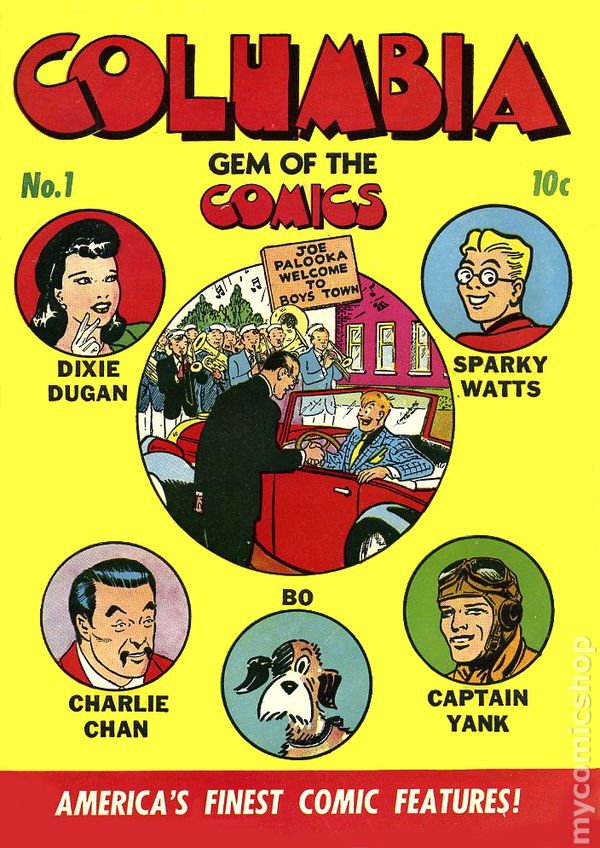 The company was formed in 1940 through a partnership between a newspaper company called the McNaught Newspaper Syndicate and a man named Vin Sullivan.

Interesting fact: Vin Sullivan was the man who bought the rights of a little known character named Superman from Siegel and Shuster for a company called National Allied Publications, although you know them better as DC comics.

Anyway, Columbia’s biggest seller was an anthology comic called Big Shot Comics and the Face was in the very first issue published in May of 1940.

He was created by an artist named Mart Bailey.

As for backstory, the Face was the superhero identity of humble radio station announcer Troy Trent who decided to fight crime just because he could.

In order to do this he decided to don a horrifying green mask with red hair, long fangs, and yellow eyes.  This disguise proved to be incredibly helpful since it struck enough fear into his enemies’ hearts that he could either get the jump on them or wrangle a confession from them quickly.

In his first adventure the Face helped save a group of sick orphans who were being poisoned by food supplied by a greedy businessman who was pocketing government aid money and selling sub par supplies back to the people that needed them.

No, I am not joking, this comic was absolutely serious.  I know that it may seem a bit much for our more developed brains to accept a story where the bad guy is just that evil and the good guy’s job is to save a bunch of orphans, but I thought it was sincere enough and just well written enough to make for a pretty good story.

Come to think of it, “pretty good” describes most of the Face’s stories.  The art work was pretty good, for Golden Age comic book standards, and while he never graduated past fighting crooks and gangsters his stories were either interesting enough or had some twist to them that made the writing a step above most of the crap that was being published at the time.

The character had a nice gimmick, with a good artist, and some good storytelling behind him.  He would wind up becoming one of Columbia Comic’s greatest heroes and I could easily see him making the leap into modern times along with more well known heroes like Batman and Superman.

The same thing that happened to Columbia Comics, he disappeared after they went out of business in 1949 due to declining sales.

Despite the fact that the Face was successful the sad fact of the matter was that superheroes just weren’t selling in the late 1940’s and by the early 1950’s the entire comic book industry would be on the ropes.

Sadly, the Face’s career was over.  However, a new hero who was heavily based off of him called “Mr. Face” did appear in Dynamite Comics’ Project Superpowers comic book series.

His powers got a much needed update after being thrown into a mystic object known as the Urn of Pandora.  When he emerged he realized that people would see their worst fears come to life if they looked at his face and mask. 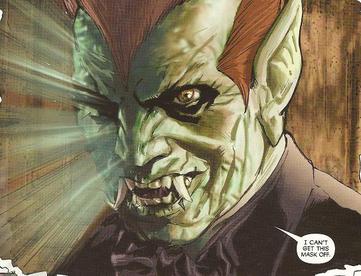 Boy, this is a short section.  I wonder if there is anything I can do to add to this article?

How could he be remade?

What’s this?  A new section for long time readers in an attempt to remain fresh and interesting?  Well alright then.

In this section of the article I’m going to take a look at the character of the week and see if he/she/it could be remade and how it could be done.  Think of it like a pitch for a superhero revival only I’m not being paid for it.  Also, if anyone reading this should take a look at the article and be moved to turn it into a story of their own please feel free, I wouldn’t have put this on the internet if I didn’t want people to copy it.

Alright, so here’s what works.  The Face has a cool gimmick and costume.  Sure Batman has the whole “strike fear into criminals using the costume” deal but he also has decades of training and a bottomless bank account to help.  Our modern take on the Face would double down on the “using the mask to cause fear” idea and not rely on martial arts as much.

Maybe he could use the mask in conjunction with a fear inducing chemical like the Scarecrow,

or maybe it could be some sort of mystic curse or ancient deity like a much more serious version of the Mask?

What doesn’t work that much is the backstory and secret identity.  Having a superhero fight crime and have a life outside of crime may have been okay in the 1940’s but that just won’t fly here.  We need to give him a semi plausible backstory and motivation for fighting crime.

So, without further ado, here’s a short paragraph describing my idea for a revamped Face.

Tony Trent is a government scientist working on a top secret drug for the United States government.  He is a brilliant chemist working in conjunction with a psychologist named Tanya Ferguson (his love interest and helper) and they have been partnered together  in order to develop a drug for what they think is for crowd control purposes but is actually a powerful hallucinogenic drug for interrogation and discrediting enemies of America.  Tanya discovers the project’s true purpose and threatens to go to the press with the news.  Fearing reprisal the government shuts down the project and attempts to liquidate both Tony and Tanya.

The assassination attempt fails and both of them manage to flee.   The rest of the comic is the two of them trying to find the people responsible for trying to kill them and shutting the project down.  Tony is able to use the prototype fear gas, along with a plastic mask that he randomly picks up, as a weapon against anyone who would try to take them out.