So this little movie came out not too long ago. 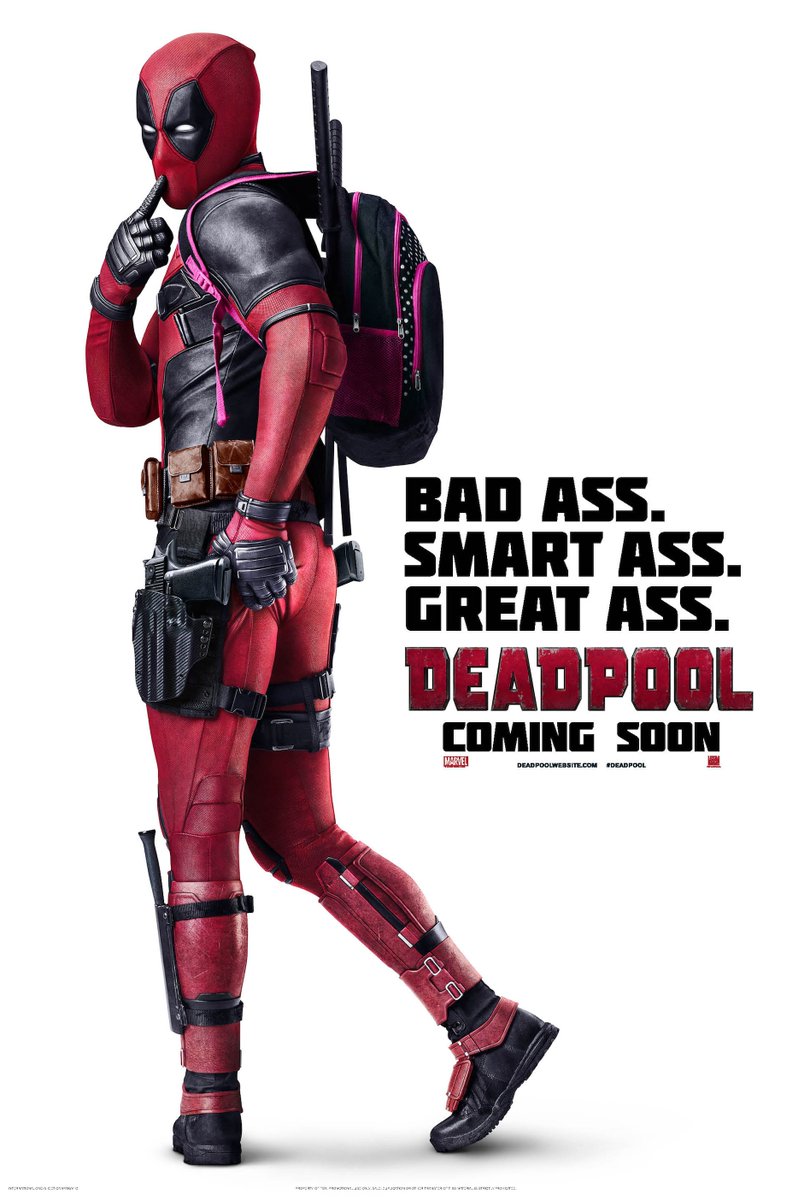 For anyone who is curious about what I thought about it, I liked it.  It was funny, well paced, and had a surprising amount of…heart.

One of the things I really enjoyed about the movie was the sword play.

I thought it was nice to know that even in an age where most people would scoff at using swords in favor of guns Hollywood realizes that sometimes audiences just want to see a good old fashioned sword fight (although to be fair, the gun play in Deadpool was also pretty damn cool).

This is in NO way a semi awkward attempt to tie a recent comic book superhero success to the subject of today’s blog post (it totally is though).  See, I love a good sword fight and I especially love old school Hollywood swashbucklers.  Stuff like Errol Flynn movies and the old Zorro films

were things that I grew up with and I still enjoy today.  And since these movies were incredibly popular it would make sense for comic books to try to create their own swashbuckling heroes.  One of these heroes was Timely Comics’ Blue Blade.

Nobody knows who created the Blue Blade, although judging from the costume and demeanor he was a pretty blatant rip off of Errol Flynn.  His first appearance was in USA Comics #5 dated in 1942.

Where he helped defeat a gang of Japanese spies looking to steal an experimental weapon.

His real name was Roy Chambers.  He was an expert swordsman, acrobat, and had an incredibly well trained horse that was somehow better than a car in 1940’s America.

For some reason the Blue Blade just didn’t catch on (whaaaat?) and he would have remained a forgotten relic of the Golden Age of Comics until the 2008 mini series The Twelve.

The Blue Blade had been drafted in 1945 and sent to Europe to fight the Nazis.  Despite his fighting prowess he was viewed as more of a tourist and used his natural flair for entertainment to appear in shows for the troops.

He was pat of the failed Berlin raid that led to a team of twelve superheroes being captured by the Nazis and placed into stasis.

Eventually the heroes were rediscovered, thawed out, and returned to America to readjust to modern life.  While some of the heroes took the news rather hard the Blue Blade was actually rather happy about it.

He thought that their former celebrity status, coupled with the novelty of being relics of the past, would be something he could leverage into a profitable entertainment career and for a little while it worked.

However, audience tastes change with the times and sadly the Blue Blade was unable to find a show that would appeal to modern audiences.

Desperate to find something that would thrust him back into the limelight the Blue Blade attempted to reactivate one of his fellow heroes, the robot Electro.

Unfortunately, the Blue Blade failed to realize that Electro had already been activated and was working under the control of another hero.  In an attempt to keep its master a secret, Electro murdered the Blue Blade.

The Blue Blade was not very good at being a superhero.  He was loud, brash, outspoken, and probably not very well suited at being a hero in the first place (kind of like Deadpool if you want a tenuous connection to the movie) but like Deadpool he was one of the few heroes who realized the profit making potential of being a costumed vigilante (along with other comic book luminaries like Ozymandias, The Heroes for Hire, and Deadpool’s old buddy Cable) and he was a tribute to many of the Hollywood swashbuckling films that were one of the biggest influences on the early days of comic books.

Today we are going to showcase the art and work of Rebecca Currell.  If that name sounds familiar on this site it’s probably because she’s the letterer for our webcomic “The Secret Lives of Villains”.  That being said, while lettering is an important job it’s not a very good opportunity to show off any other work you might be doing, which is a shame because while Rebecca is a great letterer she is also an amazing artist and animator.

As before we will present the art of this showcase without commentary or description so you can sit back and enjoy the art for what it is. 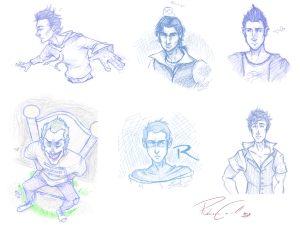 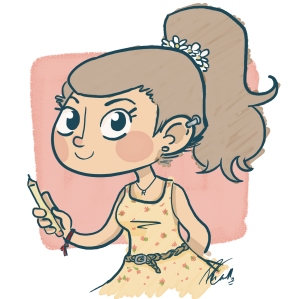 And as always, if you are an artist, writer, or otherwise creative person and want your work showcase on this site free of charge, please let me know.