In the entire library of superpowers, the ability to shrink is one of the more esoteric powers.  It doesn’t get used that much, but there are a pretty select core of superheroes who are known for their ability to change their size.

That’s not to say that it’s a bad superpower.  After all, the Marvel Ant Man movie showed that it wasn’t just useful, it could tell a great story as well. 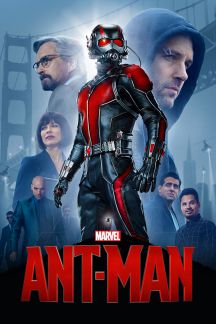 Plus, one of my favorite episodes of the Justice League cartoon centered around the Atom destroying an alien hive mind from within using his powers.

But where did the idea of a shrinking hero come from and who was the first hero to use this power?  Well, the answer can be found in a fairly obscure Golden Age hero from Quality Comics called Doll Man. Doll Man made his first appearance in the Quality Comics’ anthology Feature Comics #27 in December of 1939. 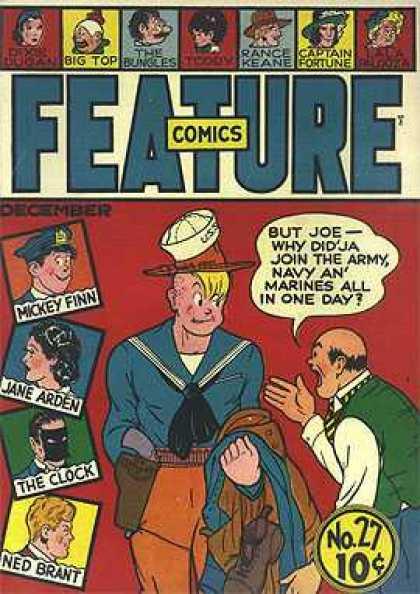 While the name of creator was given as “William Erwin Maxwell” it was really a pseudonym for Will “I literally wrote the book on comics as an art form” Eisner.

As for origins, Doll Man goes the scientific route with the heroic scientist Darrel Dane (alliteration for the win) developing a special serum that will allow a human to shrink down to the size of a doll.  Why he wants to do this I have no idea.  Also, his fiancee Martha Roberts is being blackmailed by a man named Falco and she’s keeping this a secret for some reason.

I like to think that Eisner wanted to take Doll Man and turn him into a tortured villain driven mad by the result of his experiment, which would have made for a very interesting story.  However, I’m willing to bet that some editor in the Quality Comics offices squashed that idea because in the very next page Darrell is okay and decides to become a superhero.

It’s a good thing that Darrell decided to be a good guy, because he uses his powers to save his fiancee from the blackmailer to end the story.

Doll Man would later become a fixture of Standard Comics and would often appear on the covers as well. 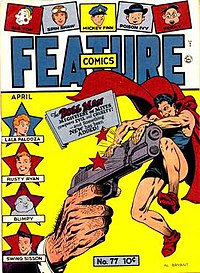 His stories were all over the place.  In one issue he would be fighting gangsters trying to rob ships on the docks, in the next issue he would be helping rancher friends in a land dispute.  In all of them he would use his size and relative strength to his advantage.

His stories must have made an impact because Doll Man would later become a pretty popular hero.  He appeared in over 200 comic book issues and was even given his own quarterly title.

Some fun facts: his fiancee Martha would eventually become a super heroine known as Doll Girl, who had the same powers as her fiancee. 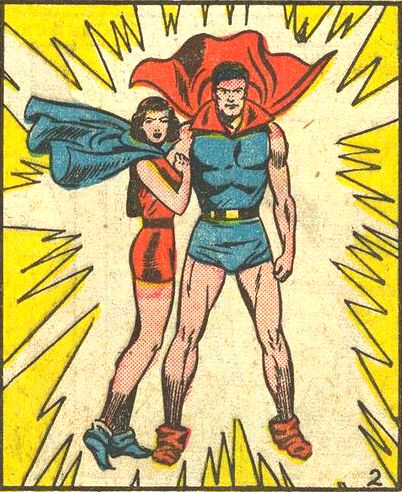 Also, several of Doll Man’s covers had him tied up and placed in a position of helplessness.

It’s nothing special, just an interesting idea during a time when male heroes generally didn’t show that kind of weakness.

It was probably Will Eisner’s reputation that kept the memory of Doll Man alive because he wasn’t really used that often.  During the middle of the 20th century DC decided to create a “multiverse” for their characters to avoid continuity mix ups.  Doll Man was placed on “Earth X”, a universe where the Nazis won the Second World War, and made an appearance in the comic title Freedom Fighters.

He’s at the bottom of the page.

He was also a guest character in the All Star Squadron on “Earth-2”, the place where DC put most of its old Golden Age heroes. 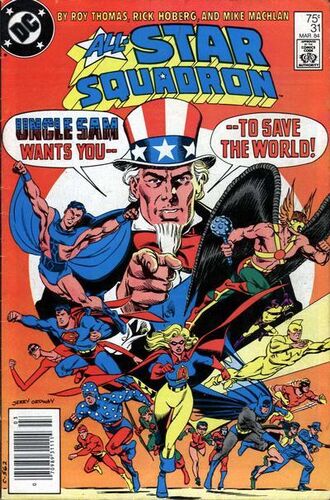 The separation of these two groups would be erased in the DC comic event Crisis on Infinite Earths where the entire DC continuity was streamlined and simplified for new readers. 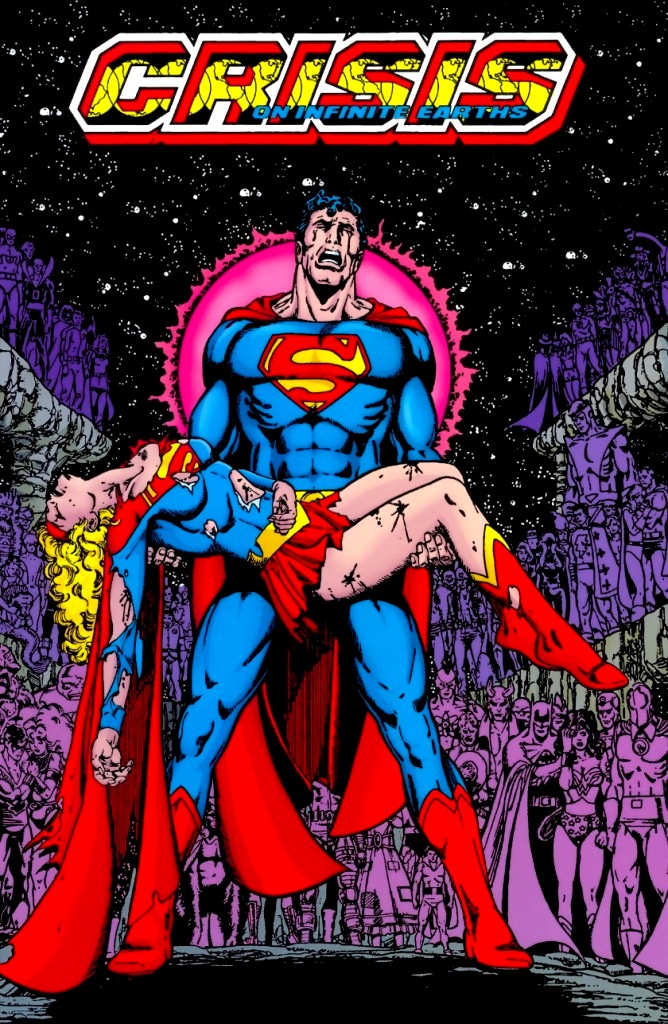 The Freedom Fighters would be relaunched in 2006 by writer Jimmy Palmiotti. The team got a modern makeover, including Doll Man.  The new hero was named Lester Colt and he was a more hard ass, military minded, “end justifies the means” kind of hero who proves this in the first issue after he disguises himself as an action figure and kills a drug lord in front of his son.

Darrel Dane still existed, but it was revealed that he was suffering from mental problems due to shrinking so often and was committed to an unnamed mental institution.

Doll Man would have his most recent reworking in 2012.  This time it was part of another company wide reboot event known as “The New 52”.  The hero was a scientist named Dane Maxwell who was the romantic partner and scientist friend of the heroine Phantom Lady.  He was shrunk to the size of an action figure during a lab accident and became her partner in crime fighting as well.

In many ways Doll Man’s impact on the superhero world was a lot like his power set.  Sure, it was relatively small and often unseen by many fans and readers, but he was the first hero to use the ability to change his size as a superpower which made him a trailblazer for some of the most popular and well known heroes today. 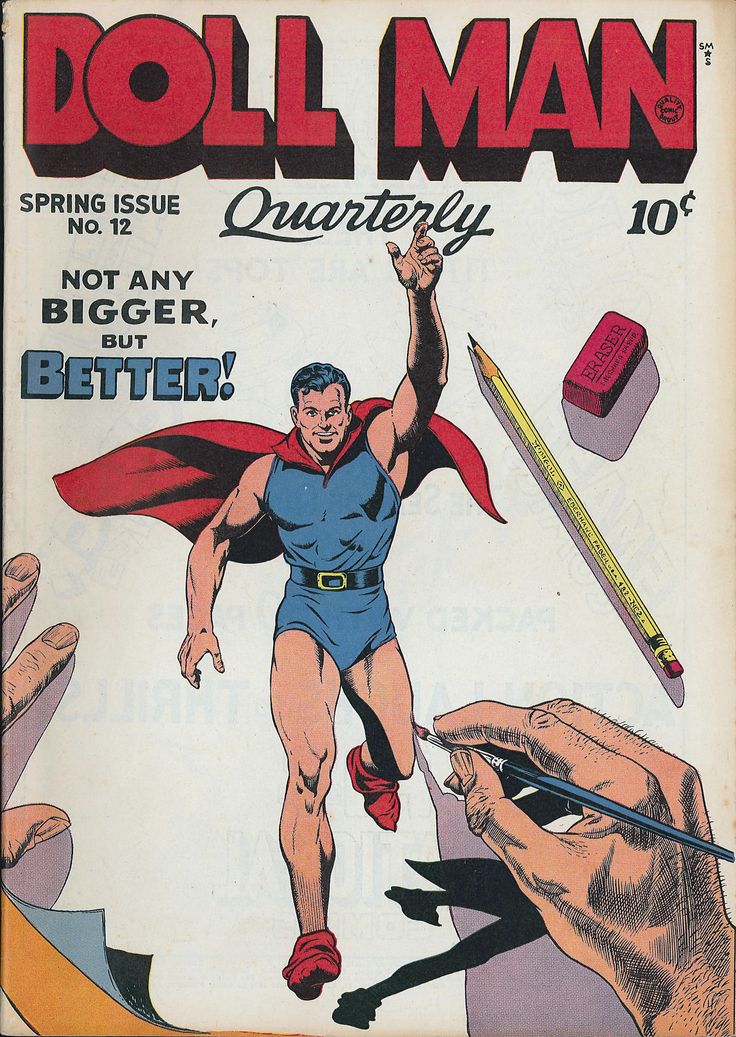